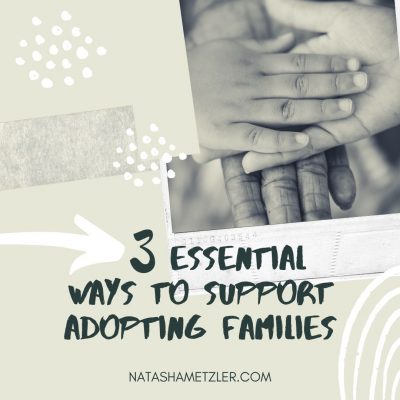 Recently a pastor’s wife sat me down, explained that a couple in their congregation was pursuing adoption, and then looked intently at me and said, “You’ve adopted twice. In what ways can we show this couple the most support possible?”

I’m not sure if I patted her hand or not, but I’m sure I wanted to. And I wanted to sing out a praise. Hallelujah! Someone is asking the right questions of the right people.

Because here is the truth: when we were adopting a lot people asked ME that question and I didn’t have any answers. It was SO lovely of them to ask, but I didn’t know. I really didn’t. I hadn’t walked this road before and I didn’t know what I was doing or where I was going.

So I chose a very good (generic) answer, which was keep us in your prayers and then my husband and I spent an agonizing, stressful season feeling very broken and very lost. God was faithful. He was good. He filled in the gaps. But I also understood, when we came out the other side, that we shouldn’t have been so isolated.

We’re still carrying scars from that season and it wasn’t a healthy way to start one of the hardest jobs in the world—parenting wounded children.

While there are certainly times when I have grieved the losses from that season, I also believe that God allowed my journey to look the way it did for a reason. We know that God works all things together for our good and He has been faithful in this area of our lives.

But God also imparts wisdom when we ask—it’s a promise He gives us in multiple places throughout Scripture. And He also teaches us to work together as a Body.

So let me work with you—each one of you who knows a friend, a church-member, a neighbor, or relative who is adopting. Let me tell you some truths about the road of adoption and lay out three essential ways to support those who are working to bring a child home.

This isn’t an exhaustive list, of course. Just three simple places to start– three simple, but essential, things you can do to be a support.

I’m serious here. Adoptions cost astronomical amounts of money. Even if the couple has saved and planned carefully, there are incidentals and time off work and sudden changes.

Our second adoption doubled in cost halfway through. Doubled. We thought we had enough put aside and suddenly we were so far behind we couldn’t even breathe. There wasn’t anything to do but keep moving forward—we were already matched with our son. Had already brought him home. There was no pausing, no regrouping. We had to find the money to finalize his adoption.

We tried every way we knew to come up with the difference. We had several investments that we attempted to sell out of quickly. Nothing worked. We couldn’t find the cash. So we did the one thing we never wanted to do: we split our farm and sold a large tract of land.

It was a sure sale. We had been approached about the land several times in the past. They paid us enough down to finalize our adoption.

And I still ache over it.

Oh, I’d do it again in a heartbeat. I have a son now. There’s no comparison between a child and some land. But it was hard. And for self-employed farmers, losing half our tillable land wasn’t just a one-time hardship. It changed our income permanently.

But here’s the deal: most couples don’t have the assets we did. Most couples can’t just sell thousands of dollars’ worth of land or equipment. If their adoption doubles suddenly, they’re left to downsizing their home, or taking out substantial loans, or losing the placement they’ve been working toward.

So my advice? Don’t even think about telling a couple that God will provide without handing them at least the cash from your wallet.

I learned this lesson from my daughter. When she realized that my husband and I were stressing and crying over money to finalize her brother’s adoption—she went charging to her room, emptied her piggy bank of its whole five bucks and dumped it in my lap. “God will give us enough money and here’s the start!” she announced.

And her words that day meant 1000x more than every other person who heard we were adopting and reminded us that God would provide the money.

Give. Even if it’s just 5 bucks. Stick it in an envelope, write Adoption Fund on the top and get it in the hands of the couple. Every dollar helps and even the smallest amount is a tangible reminder that God truly will provide. And sometimes it’s the reminder we need more than the money itself.

Adoption is different than birth.

That may seem obvious when written out, but it’s not always in day to day life.

With birth children, you have months of bonding before a baby is born. In adoption, there is trauma. Sometimes months or years of trauma. Even an infant adoption includes extreme trauma, either by choices made by the birth mother during pregnancy or the simple breaking of the natural bond an infant has already built in utero.

Our daughter was eight years old when she came home to us and we had custody for quite some time before her adoption could finalize. One day while waiting in the car for her dad to finish work, I mentioned that we were talking to the lawyers about the date for her adoption and she promptly hid herself in the backseat. I crawled back with her and asked what she was afraid of. With her hands covering her face she whispered, “Mom, don’t you know that adoption is a threat to me?”

It was a threat because she’d had multiple placements and she didn’t know what it meant for anything to be forever. Being adopted didn’t fix her fear of being sent away—it magnified it.

Thankfully, now that she’s been home for years and we’ve done the day after day work—she’s pretty sure she’s not leaving, but adoption day was not the healing day. In fact, we don’t even celebrate her adoption day in our house because it was too painful for her. We celebrate the day we brought her home as “family day” (which was a different day altogether) and we give her space when it comes to the actual courtroom experience.

All of this to say: Every adoption story carries trauma and parents need you to listen well.

They might need you to listen when they say you can’t just hold their newly adopted baby. Not because they don’t want to allow it, but because sometimes even infants have intense attachment issues and adoptive parents have to work overtime to teach their baby that they are safe to trust. They have to be the ones to feed, change, hold, comfort, etc… without a change in caregiver, so their baby can learn that this is mom/dad and they are safe to bond to them.

They might need you to listen when they say their older adopted child can’t just go play with your kids. Not because there’s anything wrong with your children but because there might be trauma history there that could put their child or yours in danger.

They might need you to listen when they say their child can’t just chat with another adult in a group setting. Not because they’re super controlling, but because their adopted child is fighting attachment and is actively attempting to create “fake attachments” to distant adults in order to avoid the scariness of creating true, lasting attachment to their parents.

The list in really endless. But regardless on whether or not you get a “trauma explanation” of what/why/how trauma is affecting the situation—adoptive parents still need you to be ready to listen to and honor what they say.

Of course, not every adoption story has long lasting trauma. Sometimes the healing happens early. But that’s why adoptive parents need you to listen closely– because every story is different.

And by listening well, you can ease the stress of trauma responses for everyone involved. And I promise, the adoptive parents will be exceedingly thankful for the grace you provide them.

And I don’t mean just the early prayers of, “Lord, give them a child”, that come when a couple starts the adoption process. I mean, after they bring their child home—pray for wisdom and attachment and healing and hope.

Pray whenever you think of them.

Pray that when the honeymoon period wears off (because it will) that God will give them the deep-rooted, powerful love and wisdom that is required to parent well.

Pray that God will give them supernatural moments—where they can mark truth in their minds about the choice to adopt. Then, when the moments of doubt and questions and fear come knocking, they’ll have something to lean back on.

Pray that your interactions with their family will be life-giving and not hindering toward the complicated, intricate dance of attachment.

Pray for God to do the deep work of healing that is required when someone experiences trauma.

And praise Him for the way He redeems even the most difficult stories—because He does.

I hope this list is helpful to all of you who know someone who is adopting. Feel free to share this post by clicking any of the social media links below!

To read more about our adoption story, check out Counting Grains of Sand: Learning to Delight in A Promise-Making God. 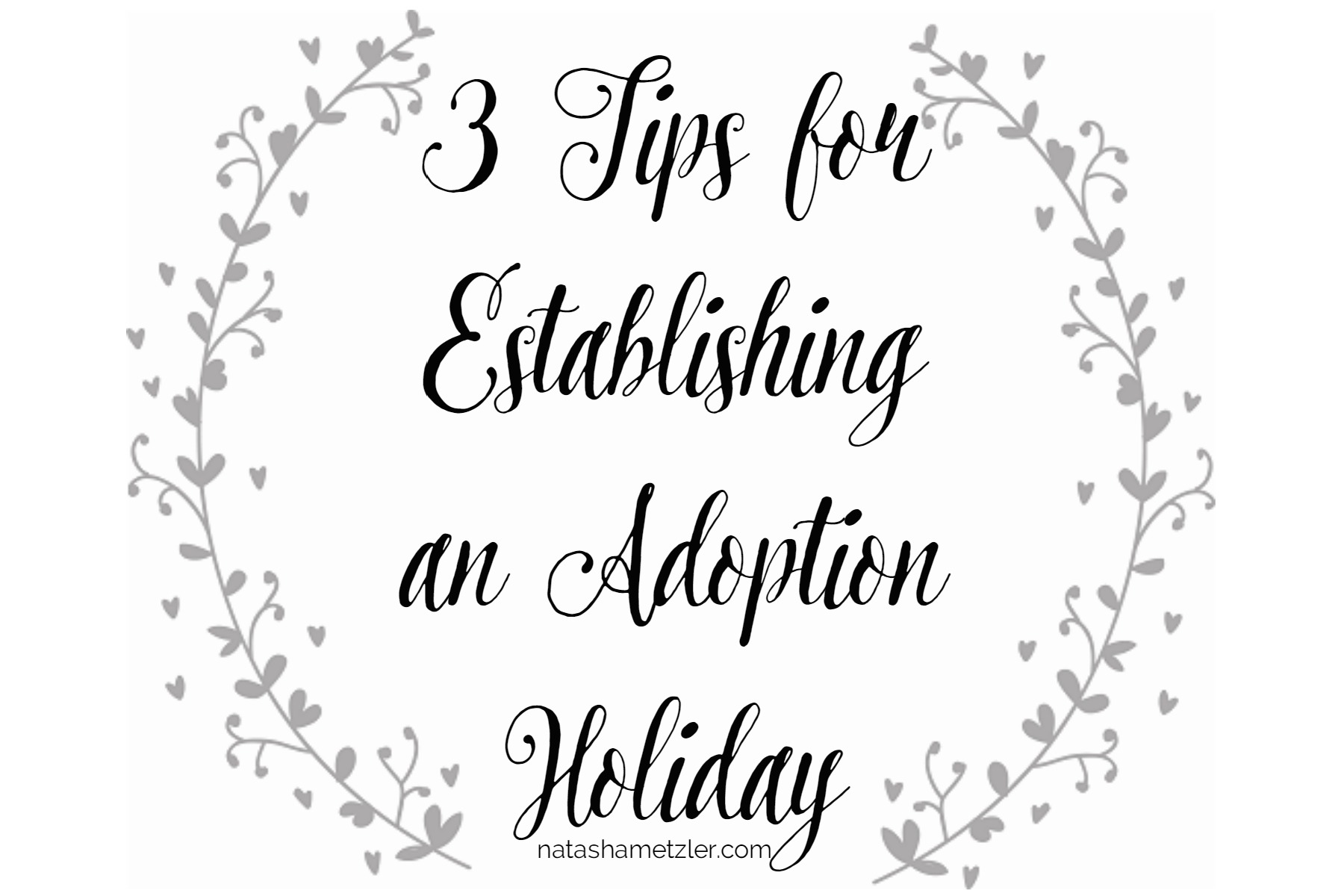 Last week we celebrated the one year anniversary of the day we brought our daughter home. First of all, I can hardly believe it has been a year! Seriously. And then, at the same time, I can hardly imagine our family without our bubbly little girl. She has been such a blessing to us– and walking… 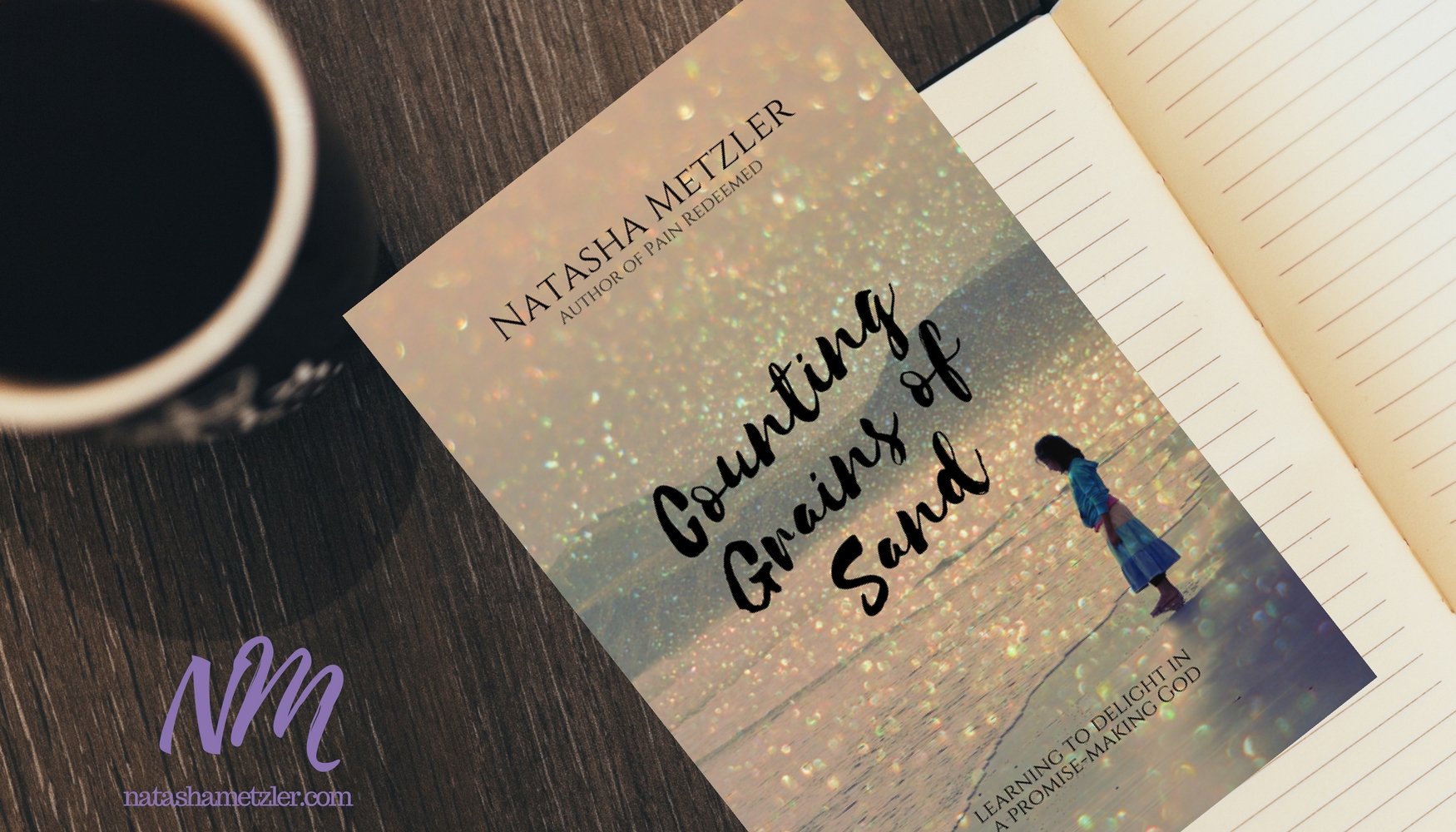 I miscarried that October. I had known for two days that the tests were positive, that two years of infertility had brought us to a baby coming with the summer warmth. And then I was curled on the bathroom floor with blood smeared on my legs and my heart so empty and hollow I felt… 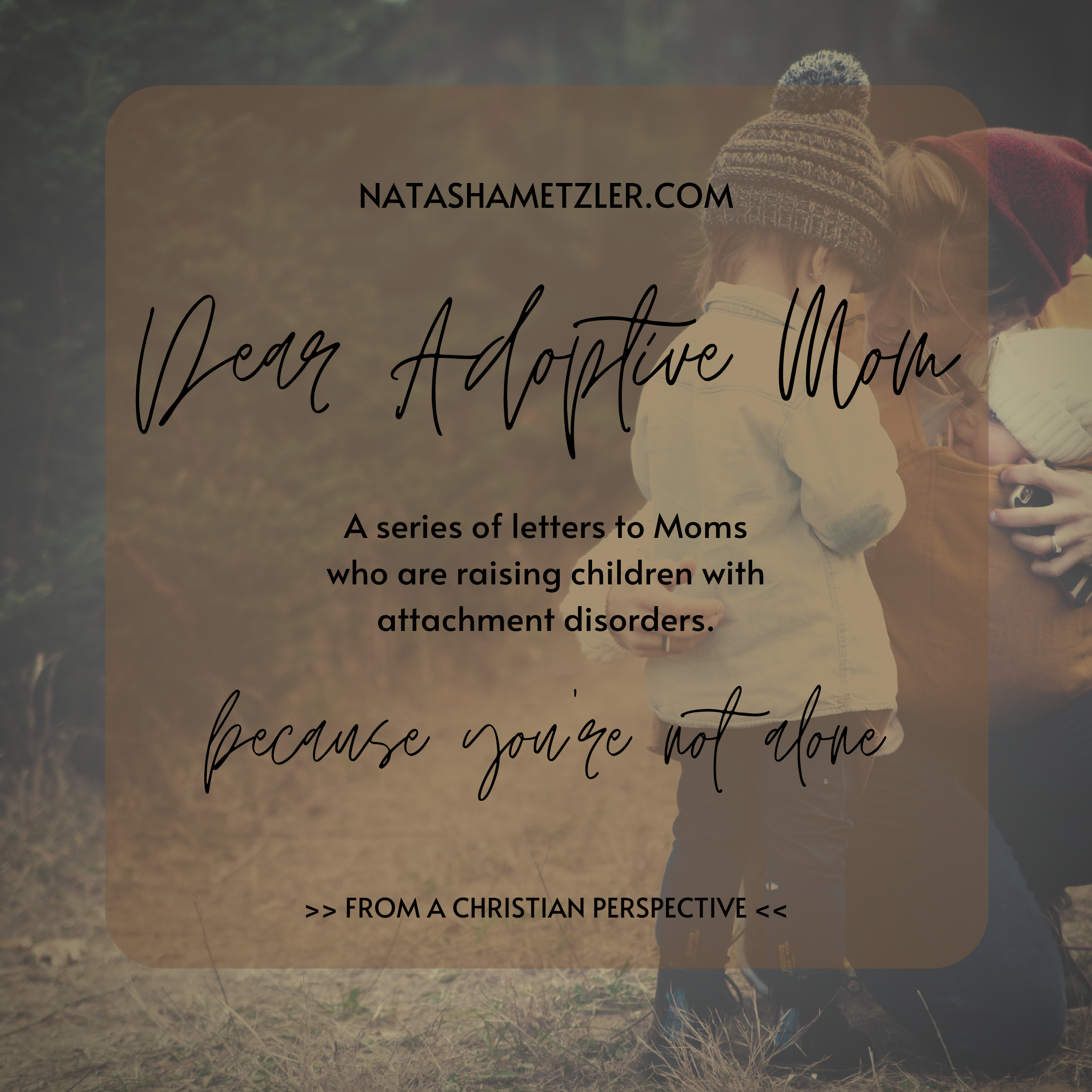 I wrote some letters over the past few years. Letters that I’m going to share with you over the next few months. I know all of you who read this blog aren’t adoptive parents, but I know some of you are. I know more of you long to be. I know almost all of you… 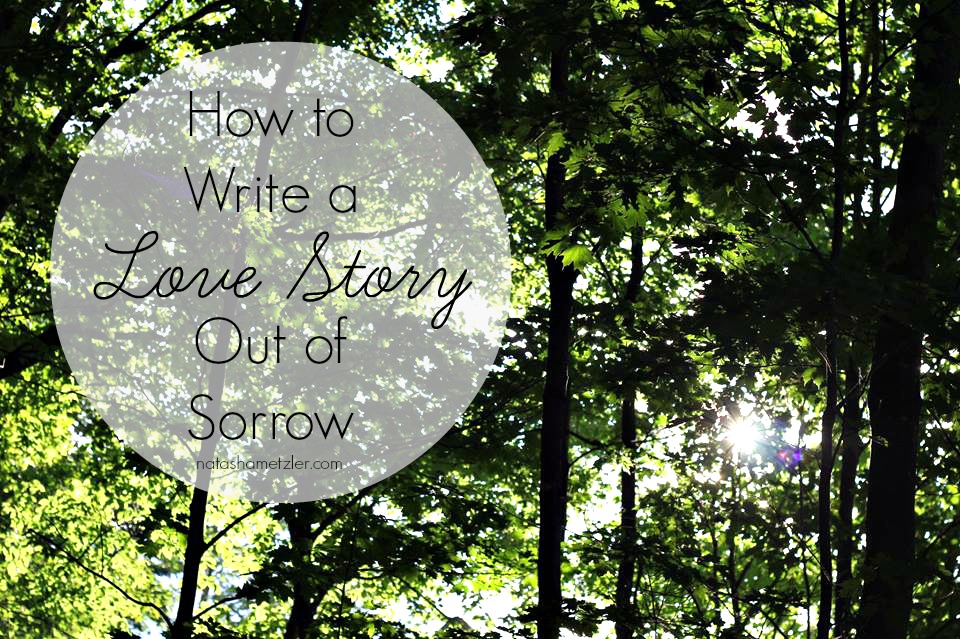 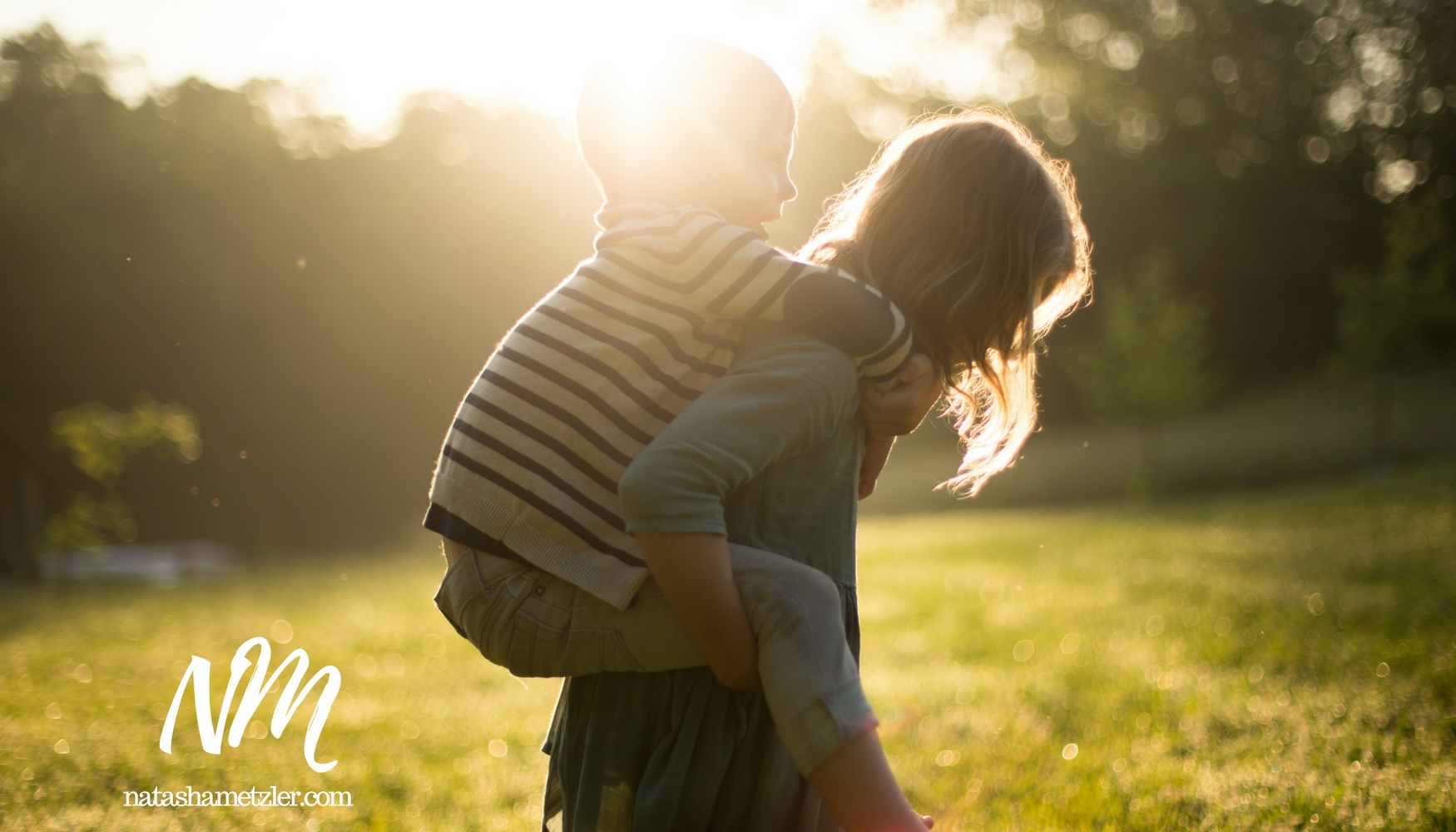 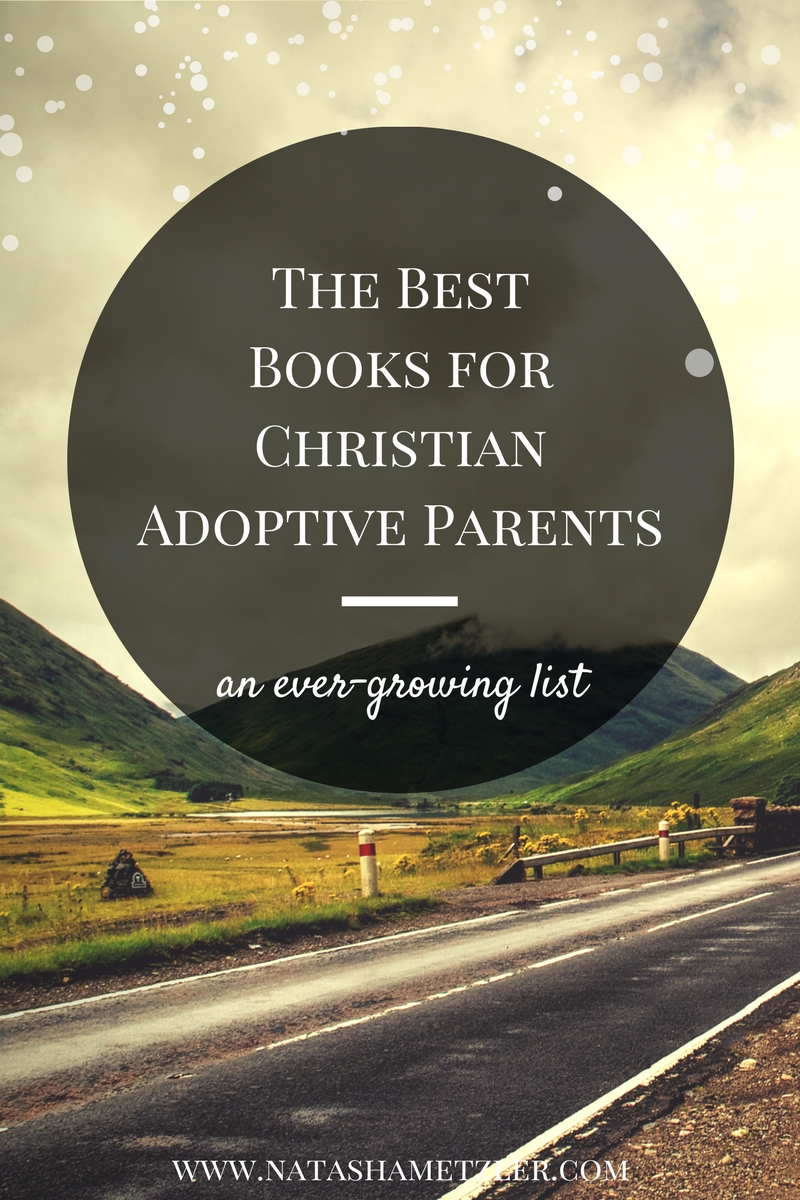