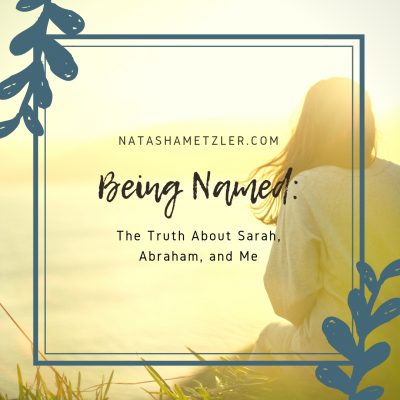 When I read the story of Abraham and Sarah in Genesis, I am struck by one unfaltering thought: God’s description of them in the New Testament doesn’t exactly match their storyline.

Sarah was willing to abuse Hagar to try and get the son she had been promised.

She laughed when God still insisted that she would bear a child.

She set Hagar and Ishmael away, despite the agony it must have cost her husband.

She wasn’t exactly… uh, praiseworthy, in her journey to parenthood.

Truthfully? She was selfish, entitled, and abusive.

But that’s not how God describes her.

God says, “By faith Sarah herself received power to conceive, even when she was past the age, since she considered Him faithful who had promised.”

God also reminds us in I Peter 3 that we can look at Sarah as an example of beauty—as someone who did good and did not give way to fear.

Sarah, the same one who sent Hagar and Ishmael into the wilderness because she was afraid Ishmael would somehow take her son’s inheritance. The same woman who, out of jealousy, mistreated a pregnant servant so severely that the servant ran away. The same woman who mocked an angel of the Lord when he said she would have a child, then lied about laughing because she was… oh, that’s right, afraid.

Like I said, God’s description doesn’t seem to match the storyline.

Abraham, of course, isn’t much better.

God applauds Abraham’s faithfulness, his righteousness. Yet, we see story after story of him lying, then abusing a servant to get a son, then willingly sending away his son because his wife didn’t want the boy around.

Righteousness? You know, the quality of being morally right in your actions and attitudes?

Yeah, not so much.

So what’s the catch? How can God proclaim one thing when it appears like something else?

No, I’m not suggesting that God lives in a make-believe world. Or that His words aren’t true.

They are true. Truer than anything else in the world. Truer than even our own sinful natures.

They are true because woven throughout these stories of broken, sin-laced human beings—there is another story. A bigger story. A greater story than anything we could come up with for ourselves.

The story of Jesus—the one “who gives life to the dead and calls into existence the things that do not exist.”

The one who calls out of Abraham, of Sarah, of me, a redeemed child instead of the pitiful sinner we could be labeled.

The One who says Abraham was saved because of his righteousness, when Abraham actually carried brokenness that sliced his family into pieces. But God didn’t say this because Abraham got it all right—God said this because Abraham chose to believe that God would be faithful even when he, himself, had been faithless. So Jesus stands between who Abraham was and calls him something new.

The One who says Sarah didn’t give way to fear, when Sarah actually ripped people’s lives to shreds reacting out of fear. But God didn’t say this because Sarah wasn’t ever afraid—God said this because Sarah “considered [God] faithful” despite her own broken choices, so Jesus stands between who she was and calls into existence something that wasn’t.

The One who calls me a child of God, when I have actually been a child of the flesh. But God doesn’t say this because I get it all right—He says this because I chose to believe in Him despite my own wanderings and agonizing choices, so Jesus stands between who I was and names me something else entirely.

Oh, friends, how glorious it is that God sees us through the lens of Jesus. When I read the lineage of faith in Hebrews, I am humbled and in awe—because I know the deepest truth: their faithfulness? It’s because of Jesus. It’s the unbending truth that is stronger and greater than our own sin. And it’s available to me, to you, to all who believe.

Next time you open to Hebrews 11, to this great lineage of faith—remember that faith doesn’t come from getting everything right. It comes from being cemented in the truth of who God is. It comes from believing that God is faithful. It comes from saying, “To Him who alone is able to keep me from falling.”

And as we learn to walk like Jesus, to walk in this new name, this new identity, our stories will be rewritten with a different hero. Instead of us, it’ll be Him, and we will be known for our surrender to the One who loves and stands over those who are dead in sin and proclaims a new name over them.

“Live!” He calls out, like in the story of the abandoned baby in Ezekiel. “Live! Live!”

And we are called from death to life, what wasn’t now is, and we are now known as something we could never be on our own: 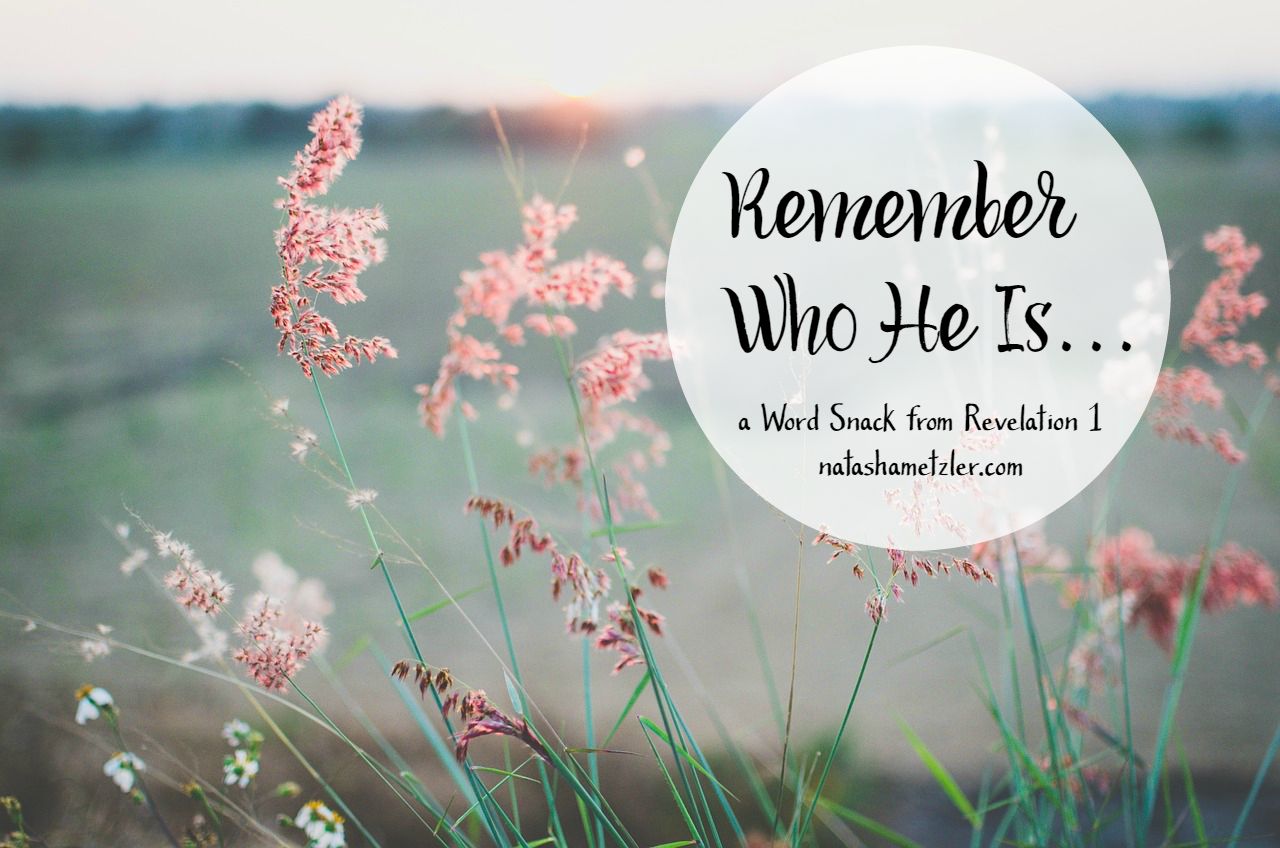 I was wiping down the fridge the other day, going through all the little things we had stuck to it with magnets and tape. There was a note from my daughter, a bill that was coming due, a Bible verse written on a sticky note. I pulled them each off one by one, setting them neatly… 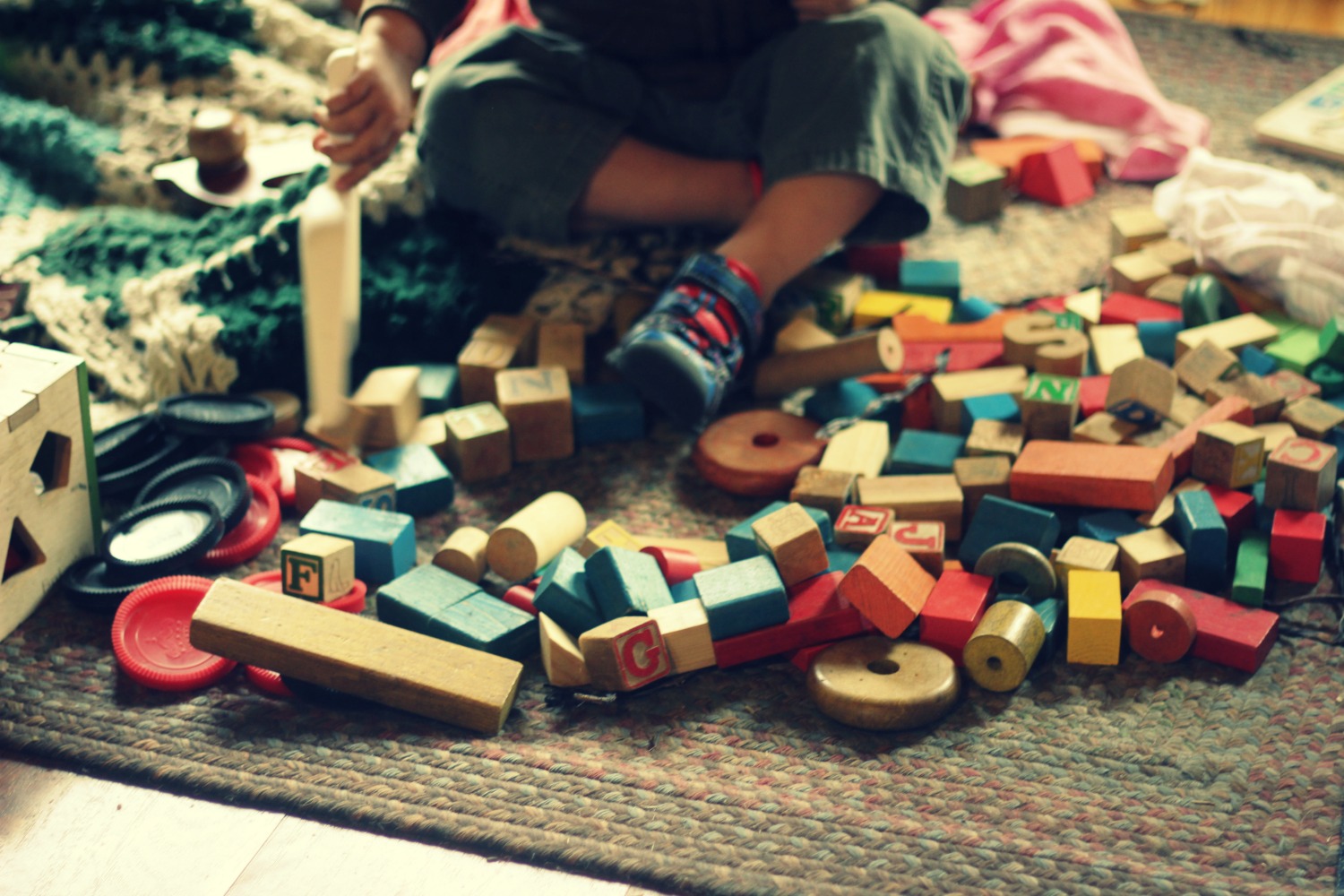 It had been a rough morning. One where every boundary was tested, every rule questioned, every bit of patience sapped right dry. In fact, it was one of the very few days when I actually entertained the thought that, perhaps, I could give up this desire for my own children, stop watching the boys, and just be… 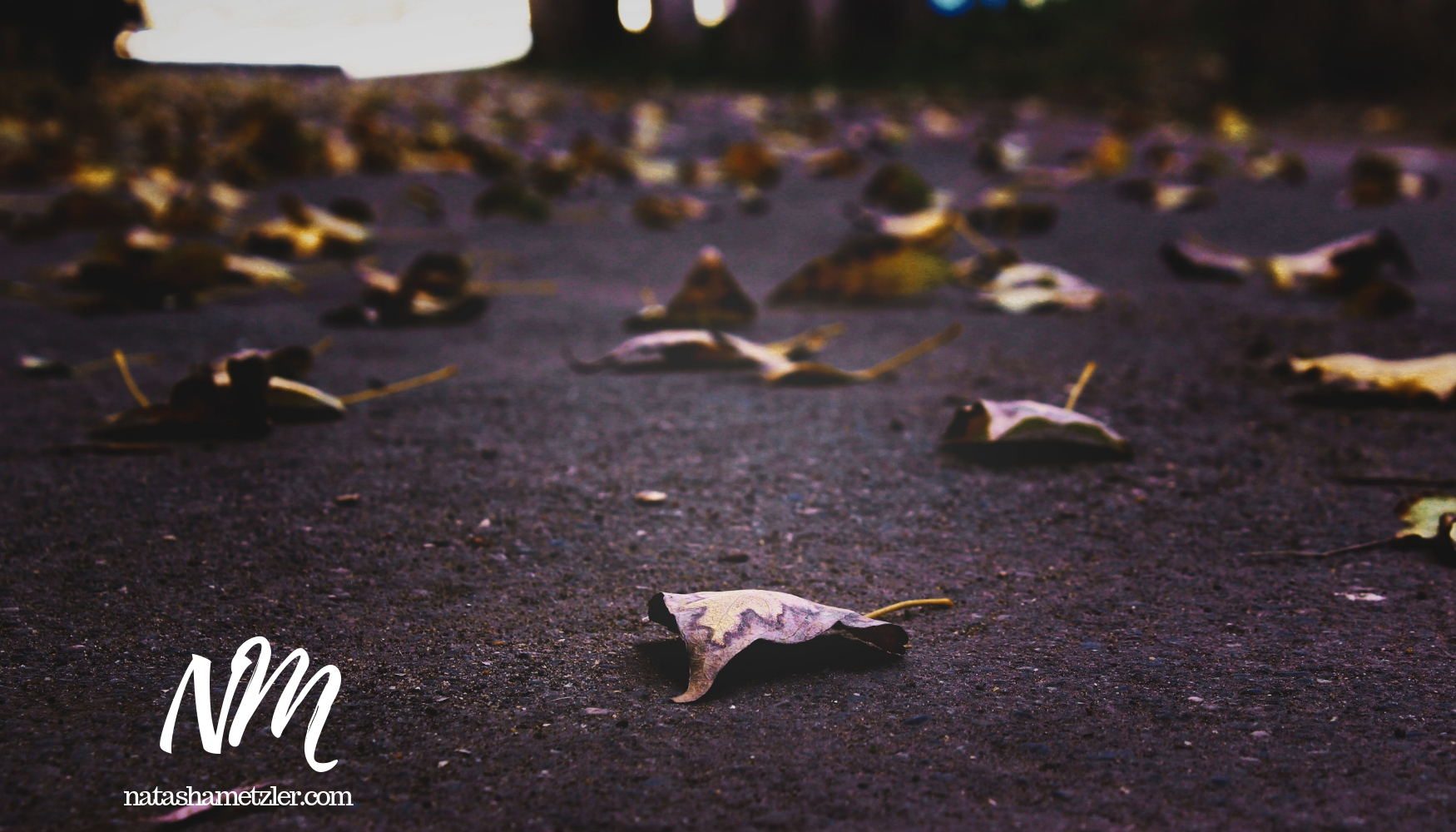 I guess we could blame it on the radishes. After all, I was out in the garden weeding them when the thought hit me. I could go for a walk. I understand if that sounds a bit elementary to you, but let’s look at the full picture: for almost a year I was basically a… 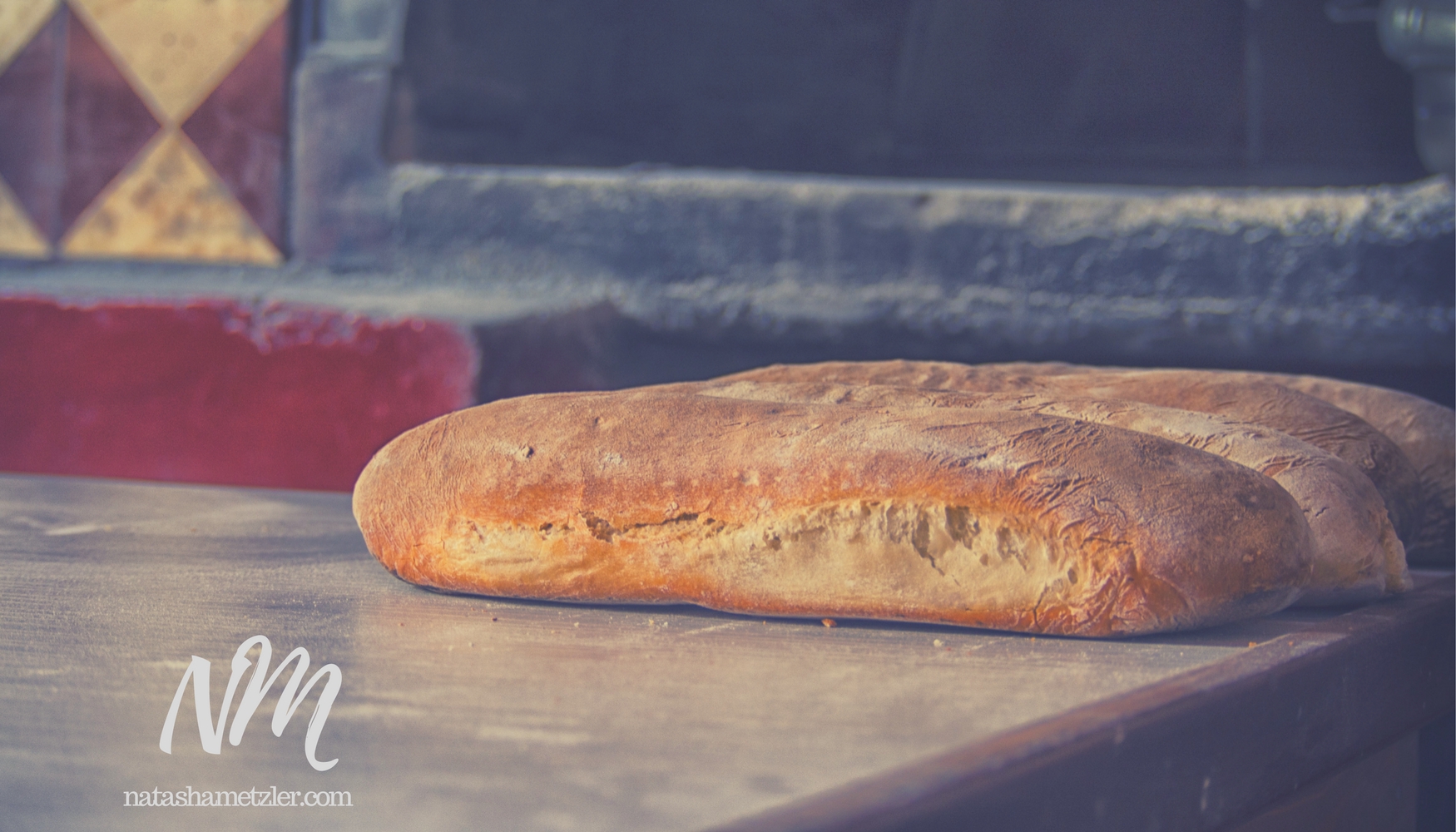 God wants to use us broken. Some people don’t like that word. “Broken” like something is inherently wrong with us, like we are less-than because of what has happened to us, or what we’ve done. But I don’t mind it. I think of it like broken: in need of a fixer. And I know the most wonderful Fixer… 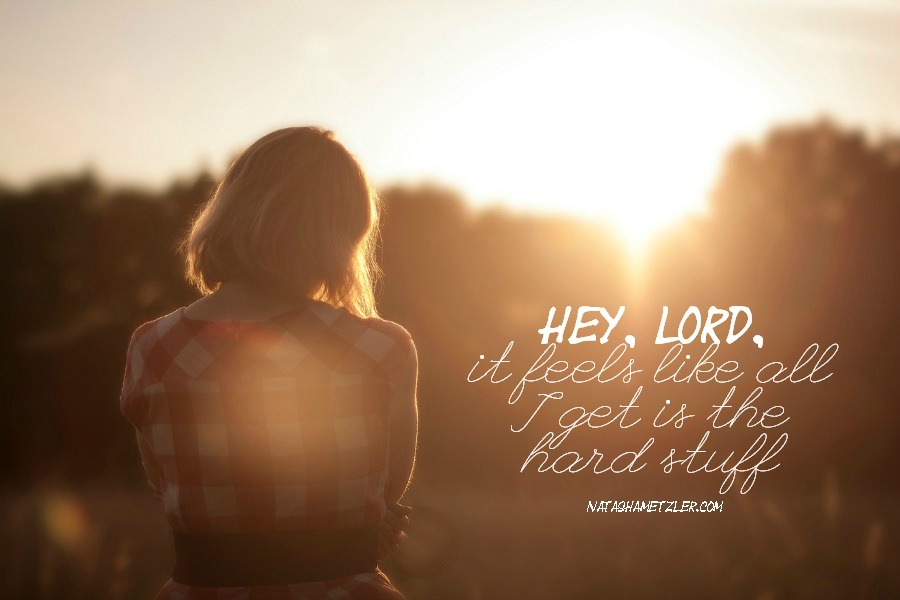 The day was hot, sticky. Like a film was in the air that rested on everything. It was the first time I had seen her in almost a year. She called me over, right outside the grocery store, and told me all about the past months. About the new baby that filled her life and… 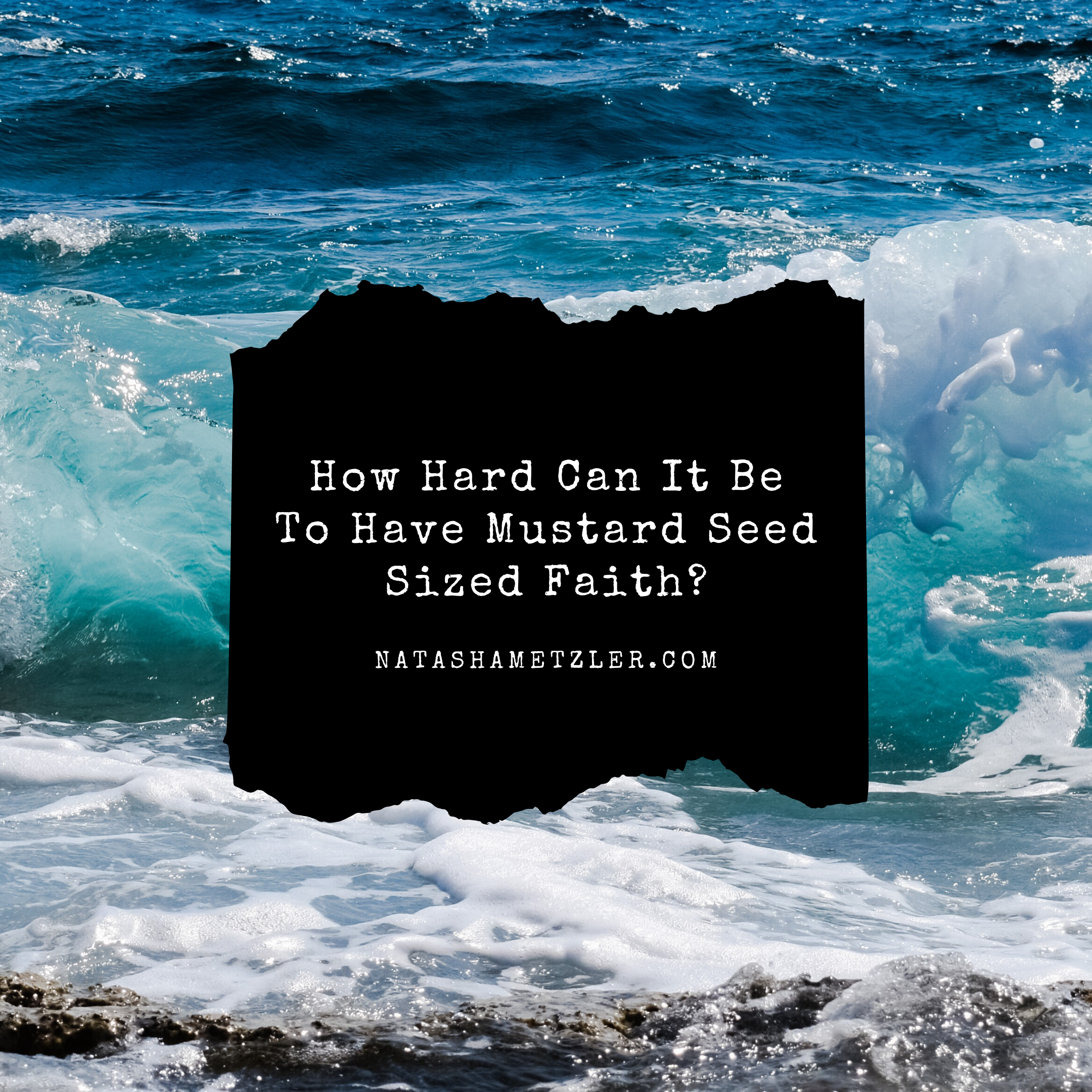