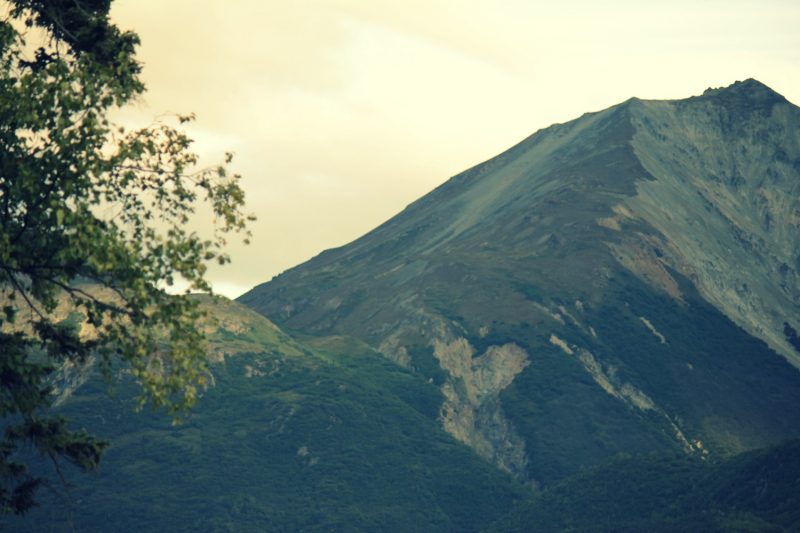 There are many things I believe about God. I see His majesty at work in creation. His sovereignty, His goodness, His grace at work in this world. I have personally watched Him take things that are broken and useless and wounded—and use them to create beauty.

Because of this, Ishouldn’t have been surprised when He moved in my life. Not even a little bit. But I was.

Our original plan for our new house was to put in a cobbled together kitchen. We didn’t have money for any grand thing and I was perfectly fine with that. Instead, my husband (who seriously can do just about anything. It still amazes me.) was going to build a countertop, raise up an old cupboard, and put a sink in it. The cost would be, well, a couple hundred dollars for the sink, faucet, and plumping. We had everything else.

We made some plans to put together another old cupboard, and remake a gun cabinet my husband had built in high school as a pantry.

I really, and seriously, was one hundred percent happy with this. The thought of just being in my own home, raising my family, was enough for me. I would have happily lived in a shack, or a camper, or even the barn if that was the only possibility.

The only thing that I wasn’t okay with, was my husband feeling like he wasn’t providing enough for me. Over and over I kept telling him that it was okay—I didn’t need a huge kitchen. I was fine. I didn’t care. In fact, I wouldn’t even like a kitchen that cost too much. I would look at it and wonder if we could have used the money to adopt more children. That’s just the way I am.

All of those things were true. There also was a truth that I never, ever spoke during this process. I didn’t even let myself dream of it. Years ago my grandmother had a simple white kitchen, nothing special, but she also had a long countertop with a whole row of drawers—and I loved them. Like, I loved them so much. They were handy and made storing things easy and neat. There was a drawer for the spices and a drawer for napkins and a drawer for tape and scissors and a drawer for baking supplies and… well, you get the idea.

If I could have sat down and designed my biggest-dreams-no-money-concerns kitchen—I would have put in a whole long row of drawers. Everything else, I could take or leave. Oh, except maybe a gas cook stove with a griddle. I would ask for that too.

But I wasn’t going to ask for it. We had been given an old electric stove, and I was happy with that. Once the adoptions were done and paid for—we could go buy a new one.

Every day I would finish school with the kids (oh, glory, there were two of them!) and then drive the two-miles to the farm. I did all kinds of things I wasn’t comfortable with—like climb ladders and hold boards over my head and hammer in nails until the tendentious in my wrist flared up and my hand swelled.

Some parts were marvelous, all that working together and becoming family—but we were also living in survival-mode. Our new son felt comfortable, almost immediately, to display his defiant side. Which was good, because he was comfortable, but stressful, because we were living on far less sleep than any decent human being should ever live on. Our daughter then started regressing. Old issues that had been dealt with ages ago began popping up all over the place. We expected as much, but it was still tiring.

With the way things were going, I suddenly realized that my poor, exhausted husband didn’t have time to build my kitchen. There was no way he could even piece together the smallest countertop. Not at this point—not with so many deadlines and so little sleep and so much pressure from all these random areas.

Thankfully, we had a back-up plan. Some cupboards and a countertop we got on a load from the mill buildings, which I had originally planned to be part of my laundry room. We could throw them into the kitchen and replace them someday.

I tried not to say anything, but it made me sad. I was so looking forward to having a bit of counter space in my laundry room. It was my little extra in the house—actual space to fold and pile clothes so they weren’t on the couch, or the table, or my bed (our little house had the laundry in the corner of the bedroom). I took a couple deep breaths. Eh. It was fine. No big deal.

I’m sure you already assumed we got a different kitchen. It was a word-of-mouth find and when we were told the price, we said we wanted it, sight-unseen.

Well, that’s not entirely true. I had seen the kitchen before, but I could barely remember what it looked like.

The one thing I remembered about this random kitchen that was available—was that my friend, Elizabeth, designed it and put it in. I couldn’t remember a single detail, just that we used to sit around it and visit and laugh and well, in my mind it was the warmest, loveliest place.

The house had been sold since she lived there and now the new owners were replacing the kitchen. If we could just come take it out, it would cost us about as much as a sink and faucet would have.

It was the day after Christmas that we went to take the kitchen out and move it to our new house. The kids were bouncing beside us. Our daughter, her eyes sparkling with the adventure of it. Our son, his one hand gripping mine and his other holding the tools he got for Christmas.

I didn’t remember, y’all. I didn’t have any idea. I knew it was a lovely, simple kitchen but I didn’t remember what it looked like until I saw it again. Dove-white cupboards. Pretty dark counter tops. And drawers. So many drawers.

When we got them to the house, my husband rearranged the pieces to make a whole long row of them. Just like Grandma had. He remembered, from all those years ago, that I loved them. I didn’t even have to say it. 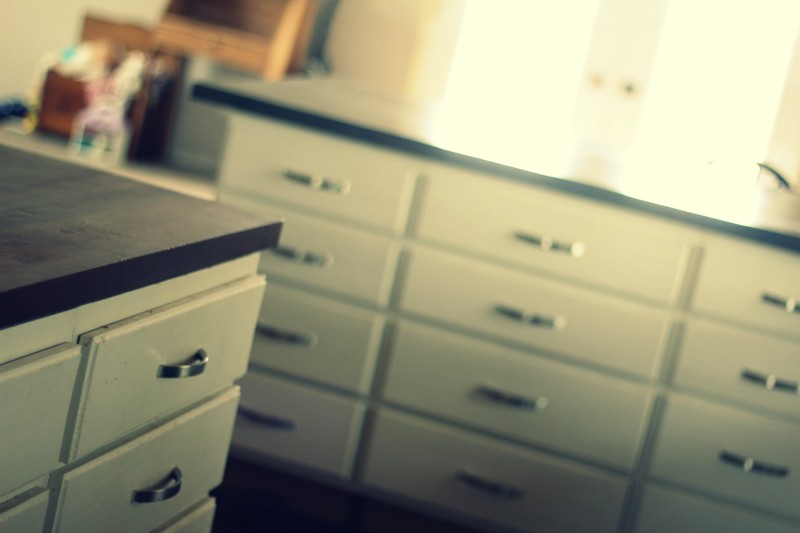 While we were taking them out, I just stood there, my heart beating hard. Because God heard.

And it was so silly. And so not important.

I mean, my kids are important. A roof on the house is important.

But God still gave me a kitchen that I love. With huge countertops. A long bar where the kids can pull up stools and do school work. An island with a butcher block top. A window seat. And rows and rows of drawers.

While we moving the last pieces, the owner asked if we’d be interested in the cook stove too. It was natural gas, and we needed propane, so my husband said it depended on whether or not it could be converted.

The man called the company and I just stood there and stared at the stove. It was exactly the one that we wanted, complete with a griddle.

I started crying. Silent, burning tears that slipped down my cheeks. I scrubbed them off. But I knew there was a conversion kit before the man got off the phone. I knew because right then I started believing something new about God.

I don’t mean I learned something new. This was already something my mind understood. But I actually began believing it for the first time since we had the miscarriage all those years ago.

God is so kind.

Even when I doubt Him. Even when I have wavering, faltering faith. Even when I try to stiffen my back and just trudge on through life. Even when I am trapped in survival-mode and not being the best mother or friend or wife.

God’s kindness and the gentle way He leads me toward faith, astounds me.

That He would love enough to use something as silly as a kitchen. Something as frivolous as a row of drawers. Something as inconsequential as a cook stove with a griddle. 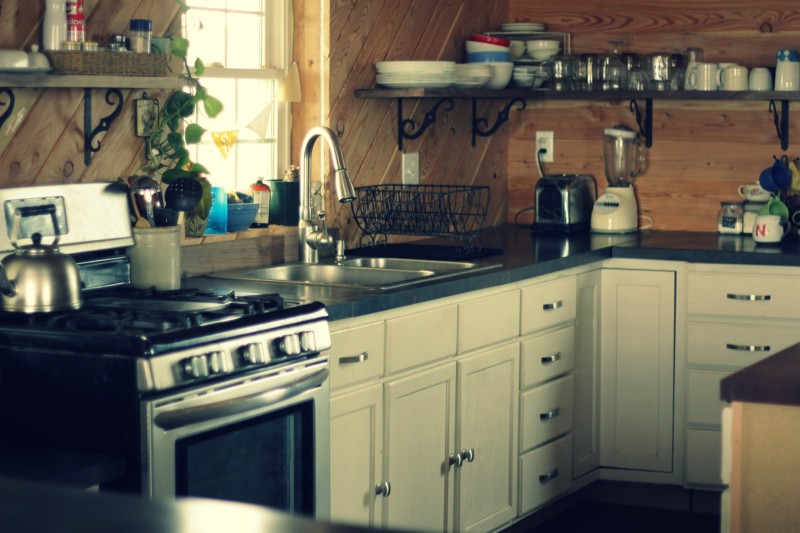 You know guys, I think here in America we miss out so often.

We, as Believers, desperately need to start “affording” the work of the Lord, over and above our own comforts. And when we do—I truly believe that our faith will be strengthened.

The truth of the matter is that my lack of faith when it came to building this house, was cemented in my lack of belief in God’s kindness. I knew He was good. I knew He was faithful. But I didn’t expect Him to be kind to me. 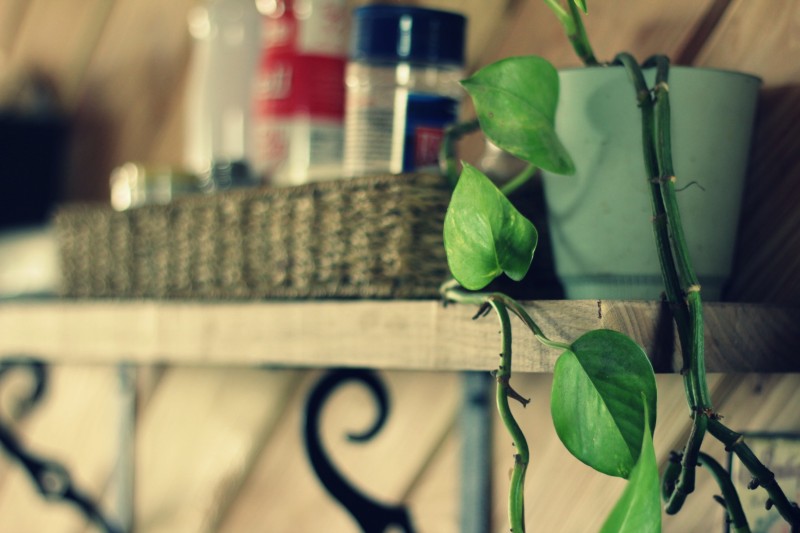 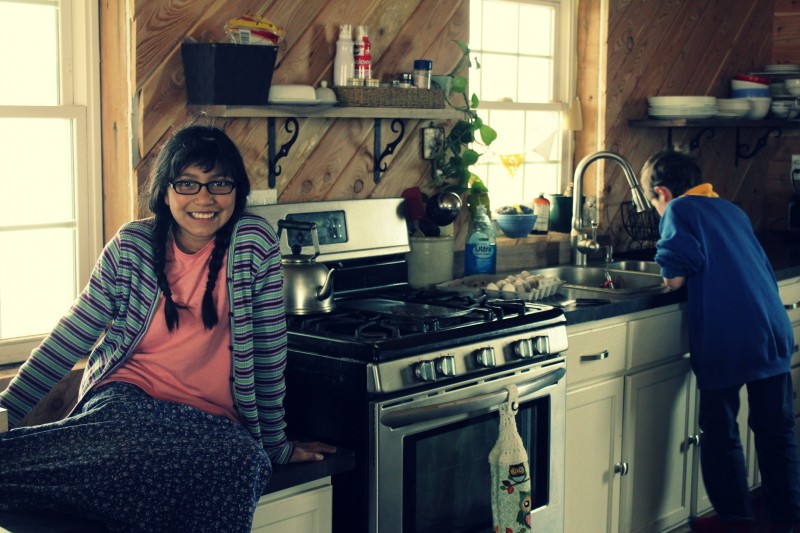 I don’t think, for a second, that in giving to God, I’ll receive all the things I want. But I do believe that in living for God, I will see His kindness displayed in my life.

Already, God has been using this silly kitchen to do kingdom-work. Because when I am at my wits end with the children—when they are so wrapped up in their hurts and losses and fears that they are rejecting me and this family and hope in general—all I have to do is look up at this house, at this kitchen, and the Lord’s kindness to me entreats me, empowers me, to live kindness to them.

And sometimes, kindness is giving to an undeserving child the very thing they don’t even dare to dream about.

And always, God’s kindness leads us toward repentance and love.

In fact, I guess you could say that God’s kindness is what leads us home.

Thank you, friends, for sticking with me through this long drawn-out story. The truth is that I barely skimmed the surface of what all God did. I didn’t even get a chance to tell you about the flooring He provided, or the fireplace, or the paint! I didn’t even explain the incredible way He blessed us with tongue and groove pine for the kitchen and the school room. Oh, the stories just go on and on.

But if you missed the parts of the story I did tell, you can find the rest here:
Part 1
Part 2
Part 3
Part 4

“PAIN REDEEMED REMINDS ME THAT WHETHER IT’S THE PAIN OF INFERTILITY, THE LOSS OF A CHILD, THE WOUNDING OF A MARRIAGE — OR THE LACK OF MARRIAGE — WE HAVE FAR MORE THAT UNITES US THAN DIVIDES.” -ELISABETH

Previous Post: « Of God, Mountains, and Moving Home (part 4)
Next Post: The Lions Aren’t Hungry Tonight (or, when parenting is like facing a den of hungry lions) » 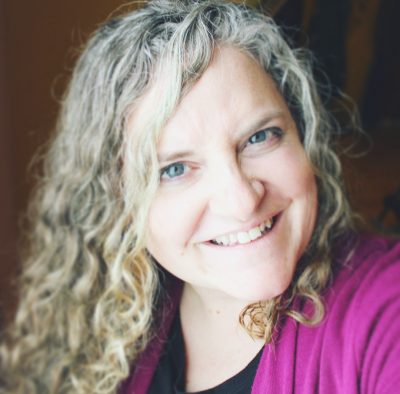