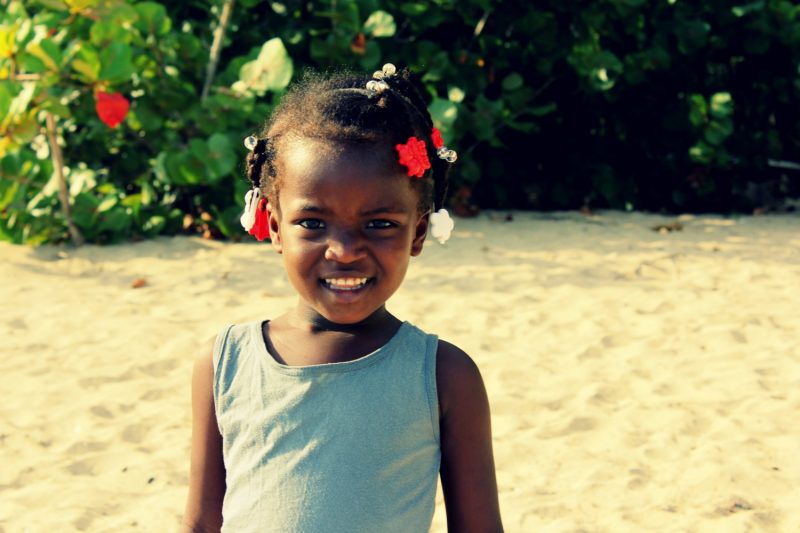 Living in Haiti brought all kinds of challenges. Learning how to stand on my own two feet in another culture was a lesson all in itself. One that was much harder than I anticipated!

I am a giver– In other words, I give way long before I stand firm. Literally. In Haiti, people will push (without malice) and crowd and my tendency is to take three steps back and give whatever they ask. At times, this left me standing at the side of the road while my husband accidentally drove off without me.

Oh, how he scolded when this would happen. “Hold your ground,” he would say in frustration, “tell them no! and don’t let go of the vehicle.”

Nice idea but not very applicable when it goes against the very grain of my existence.

Finally, he gave up lecturing me and turned on them. I was slightly behind in my Creole-speaking abilities but I caught the gist, You are all personally responsible to make sure my wife is taken care of when we are going places. You will not push her, squish her or otherwise cause her to move away from a secure place. She is my WIFE. I will not drive your ambulance or run your errands if I have to worry about her being knocked off the vehicle.

Turns out that worked pretty well.

Willim and Arnold, teenage boys who hung around the mission regularly, made it their personal responsibility to take care of me on trips. They stood on both sides and pushed others away. I thought they were a little rude. My husband thanked them and actually paid them money for the fine job they did.

But even I hit a cutoff point eventually.

It was during church (which grated me to the core) that someone walked by my kitchen window, sliced through my screen and stole… my dish soap.

And I cried. Huge blistering tears.

I could try and defend my over-reaction… after all, it was rather hard to come by dish soap. The Haitians in that area use mostly ivory bar soap to wash their dishes and it was this one luxury that I insisted on. And trust me, I didn’t insist on much! It was this silly thing that kept Haiti from being completely foreign and difficult.

And, we didn’t have money to buy more. We kept ourselves on a strict budget and gave away all the extra of the allowance the mission provided for food and monthly expenses. I know the Haitians could not understand that we were literally living broke, our personal income barely covering the expenses back home, but I sure knew it.

But the truth is that it was just dish soap.

Somewhere in the middle of my tears, I felt the Lord speak. He just asked this question but it left me wrapped tight inside.

Tasha, why are you so injured by this event?

It took awhile for me to understand the reason. It wasn’t the dish soap, as nice as it was to have it. It wasn’t the inability to buy more for the next two weeks. It was the feeling of lost control.

I had stiffened my back at being pushed out of the vehicle more times than I could count. I was used to the eyes watching me every minute, even while I was in my own house. I adapted well to the climate, to the social changes… but this broke a line that I had unknowingly set: this thief stole more than just my dish soap, he or she had stolen my ability to control what was sitting in my own house.

And with this realization came a deeper, truer, more difficult reality:

I was withholding control from God. Still.

I had left my home, gave up my job and my friends and my family– claiming so strongly that I was giving all control to Christ– but I was still withholding. Still clinging tight to my rights to control my own life.

And there is only one thing to do when your eyes are opened to such startling facts:

Wipe the tears of self-pity and kneel.

Of all the lessons I learned while living in Haiti, I think this was the most practical.

I lose control of life all the time. It is constantly, repeatedly, ripped from my grasp. Each and every time my mind flashes back to my sobs over dish soap and the feeling of those tile floors when I knelt in my kitchen and surrendered again.

Because the only way to regain control is to surrender. 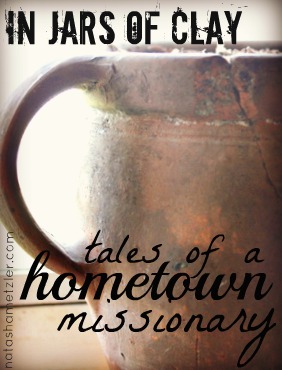 Down that dusty street, pavement worn and painted lines long disappeared, the little cottage sat. Flowers bloomed, the garden overflowed with tomatoes and onions and jalapeno peppers. I boxed them up, wishing for time to make my favorite salsa recipe, but my days were so busy with work that I knew the tomatoes would sit and… 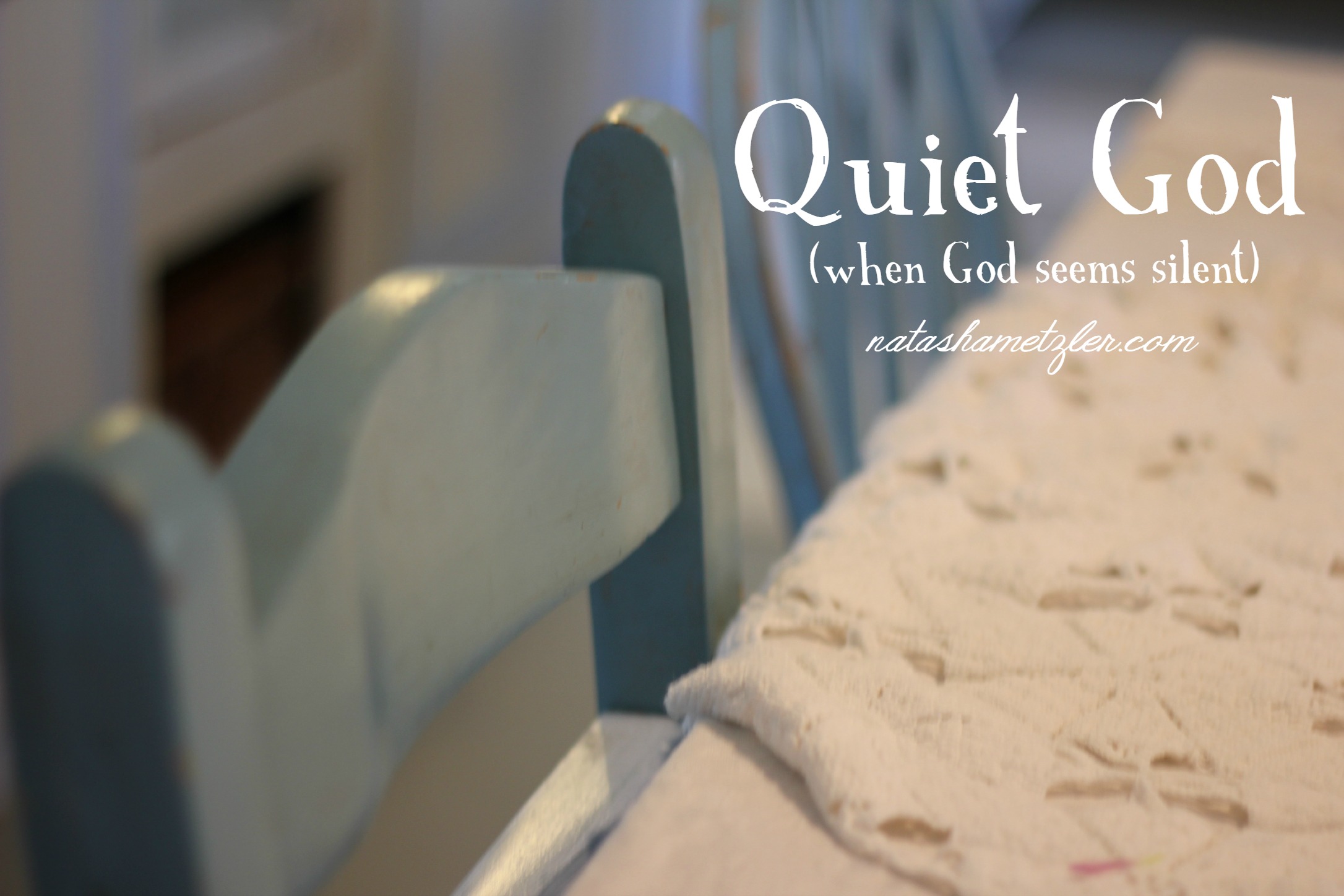 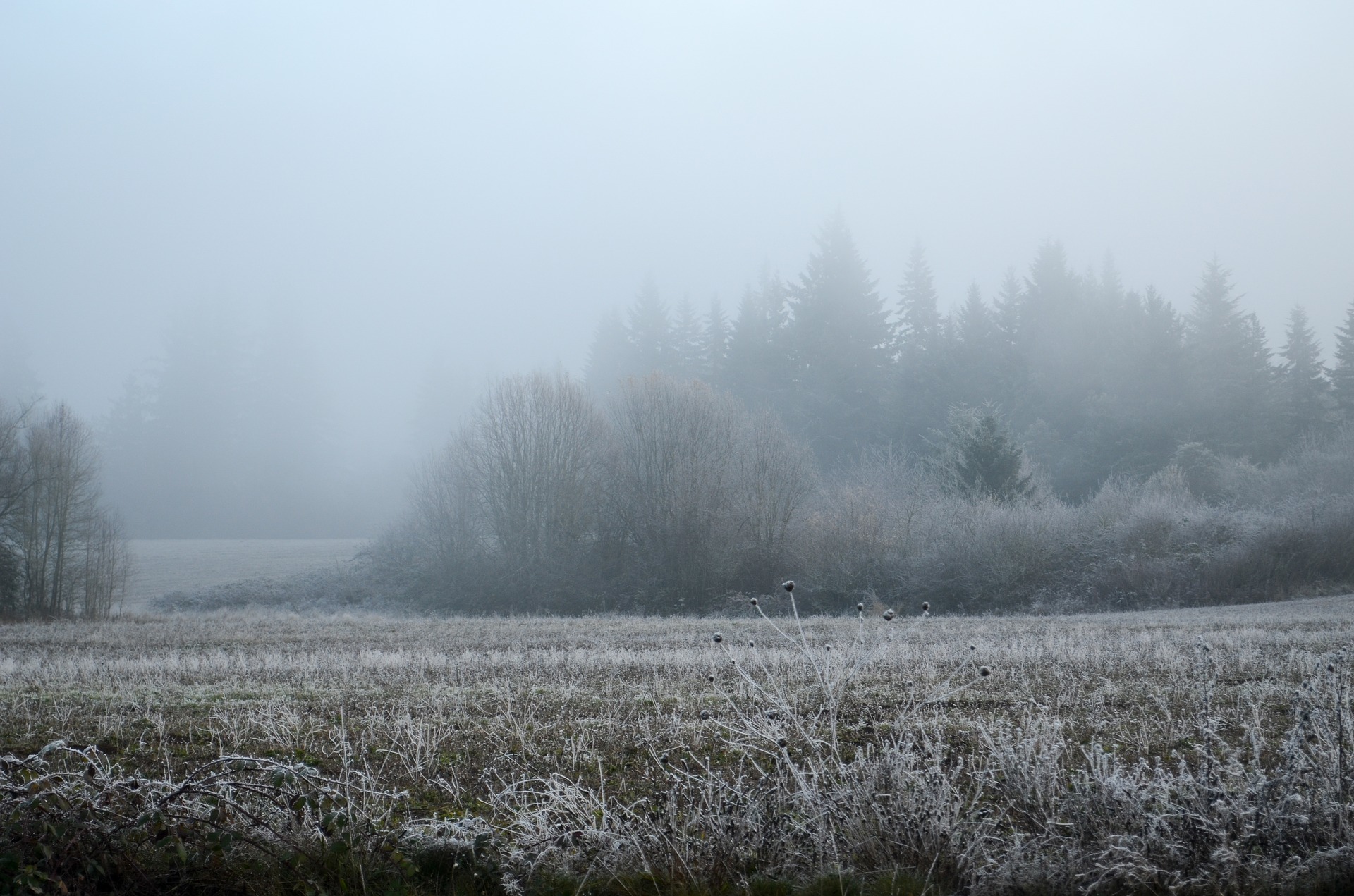 I sat across from a line of women in the visitors room at the local jail that Tuesday night. They were all wearing orange jumpsuits and their stories came in fragmented pieces during the sharing time. We prayed together. We sang worship songs. We shared a few little stories. We read about Moses. You know… 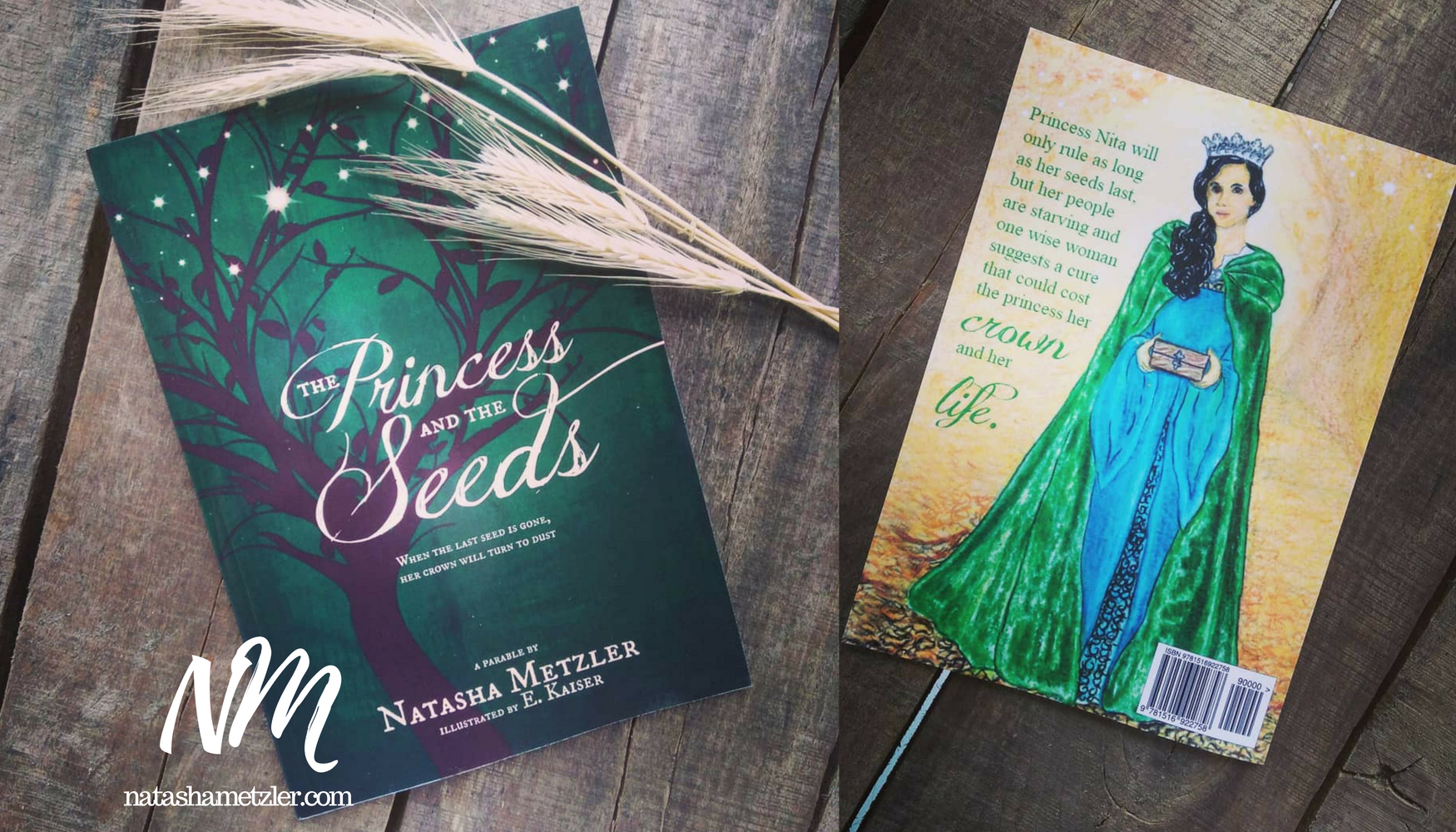 I was sixteen years old the first time I penned a fairy tale. My best friend and I were talking about the basic fairy tales and how they’d all been around for so many years—why wasn’t anyone writing anything new? This was, of course, before Enchanted and Frozen. So we sat down and started writing… 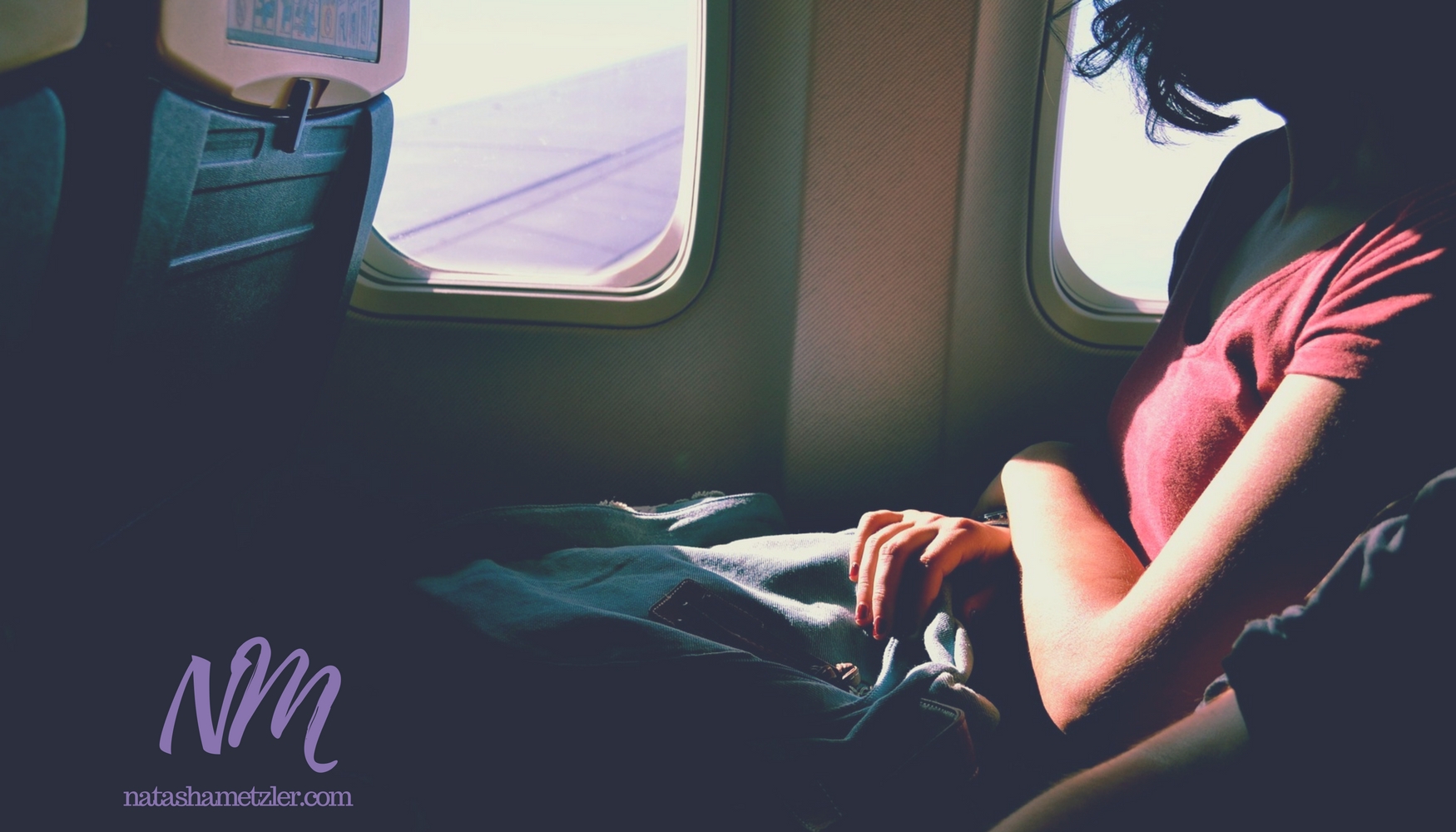 Five months after our daughter came home, we climbed onto an airplane. She was chatty and excited, watching everything with giant eyes of wonder. The moment her seat belt was buckled, her nose was smashed against the window. “Oh, Mommy,” she breathed and her brown eyes danced. Flying wasn’t new to me. When I was… 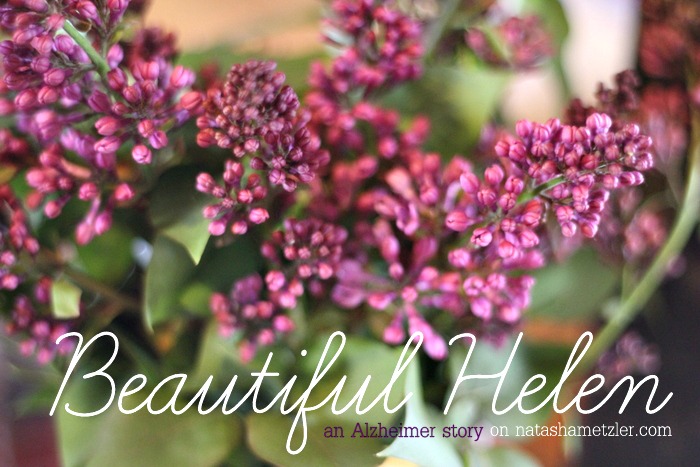 “Beware of Helen,” the girl who was training me said. “She has Alzheimer’s and can be very difficult at times. She’s been known to throw things, chase workers out of her room and scream obscenities at anyone and everyone. ” I nodded and scribbled a note on my paper. Despite her warning, my first week at the…