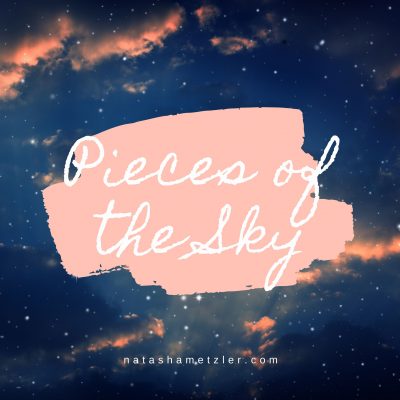 The forests of my childhood were wrought with adventures and breathtaking beauty. Land marks set boundaries and our world spanned several acres of wooded terrain.

One boundary was the Man-Made Cave, which was called that simply to differentiate between it and the bear cave on the other side of campus. It was dark and damp, full of cobwebs and spiders. I never liked it but I kept my mouth shut. (You don’t speak of such things when there are mostly bigger boys around. Nothing would please them more than tying you up, dropping you off and letting your screams of terror bring the ceiling down, burying you alive.)

You may think I’m overreacting but I was well aware of how much my oldest brother wished he could have his own room. It was survival of the fittest or rather, the most quick-witted. Never show weakness. Ever.

Another boundary line was The Platform, which was several hundred yards away from the cave. I suggested one time that we find a more, well, exciting name. “The South East Fort” or something like that. My brother gave me a blank look, “It’s a platform,” he said.

Four trees in a square with a framed in plywood platform eight feet in the air and a ladder. So The Platform it stayed.

I rarely went there alone. Eight feet in the air was quite high and there were no sides, just open air. (And to be honest, heights were not my favorite thing, but I never admitted to that either.)

One spring, when I was about nine, I ventured that way. My original plan was to play in my pine tree house but when I arrived I found the sad remains of my doll that had been left over winter. I paused for a small burial with a lovely rock pile as a marker. If you found it and looked carefully, you might still be able to see the name “Sally” scratched into a stone.

She wasn’t my favorite doll, so it was all good. But who wants to stick around after a funeral? So I went on my way. I don’t think that I meant to go to The Platform that day but my wandering took me in that direction and when I saw it, peaking from between the pine trees, I had to climb up.

It was a lot scarier when there weren’t big boys daring you with their eyes and saying things like, “Ah, she’s probably scared. Little Miss Prissy might fall down and hurt herself.” Anger has a braving effect on me and in the face of taunting I would hardly noticed the great distance to the ground.

I bluffed my way through it this day, imagining the big boys and their dares.

When I reached the top and was safely sitting down in the middle, I stared up at the blue sky that peeked through the swaying tree branches and fresh green leaves. Up there it was almost like I was a lost princess trapped on a sky-island with the vast world below me.

“Princess!” my hero would call as he swooped in, fighting his way with death-defying acts of bravery. He would take one look at me and fall in love. We would plan a lovely outdoor wedding (we fell in love under green leaves and blue skies, after all) and the most delightful part would be…

A distant clanging of a cow bell yanked me from my day-dreams.

I scurried for the ladder. The rule in our family was simple: when the bell rings you run for the house. And the further away you were, the faster you had to run.

I was a long, long ways from home.

Just as my foot hit the forest floor a twig snapped to my left. I looked up, directly into the eyes of a huge, hungry mama moose.

Well, I don’t know if she was hungry. Or a mama. But she was big and I could imagine she was QUITE starving.

There are some lessons you learn early on the Alaskan frontier: you don’t mess with mama moose. Ever.

I shot up that ladder quicker than a chipmunk on steroids.

My daydreams were feeling incredibly like reality. I really was trapped on an island in the sky. The unfortunate part was that a hero probably wouldn’t be coming (and most certainly wouldn’t be interested in marrying a nine year old).

From my perch on The Platform I tried to stare down the moose. It never blinked. I tried screaming and yelling and waving my arms. It never moved.

It was then that I heard the bell ring the second time. Horror clutched me. I knew very well what would happen if the bell rang three times and I wasn’t home. Should I make a run for it? I was pretty fast. Maybe I was faster than that big lumbering maybe-mama moose.

I climbed down. My feet rustled the dried up leaves. The moose took a step toward me.

I was fast all right. In no time at all I was back on The Platform.

I was desperate. Would I be trapped forever? Maybe I would be one of the stories that never got told because my hero never came. Maybe when they found me in a year or two they would bury my bones in the man-made cave because they didn’t even know that I was scared of all the spiders and being buried alive.

Well, I’d be dead, of course, but still.

I lay down and stared at the pieces of blue. The way the branches were and how the leaves grew almost made the shape of a heart.

“Oh, God,” I whispered, “I don’t really want to die on The Platform.” I paused for a moment then continued, “But it does seem better than being eaten by a moose.”

I glanced over hoping that prayer made the moose disappear. Big black eyes stared back at me.

Then I heard it. Distant but clear. “Tasha!” It was my brother, Zac.

I jumped up, screaming, “I’m on the Platform! There’s a moooooooose!”

Through the clearing came my big brother. At ten years old he was taller, stronger and most importantly, carrying a big stick.

The moose looked at him then turned and walked away. (Probably going off to warn the other wild animals of the stick wielding warrior that threatened to slaughter it for dinner.)

I wanted to jump up and down, hug him and maybe cry a little. It’s not everyday that one is almost left to die alone in the woods and then be buried in a cave full of spiders. I wanted to, but of course, I didn’t. I just said, “That moose had me trapped.”

My brother offered no sympathy for my plight. “You’re in big trouble,” he said, “Mom sent me to find you.”

All the way home I rehearsed my story. I couldn’t really talk about the cave, of course, because the boys might hear and threaten me with it. Nor could I mention dying because Mom might forbid me from playing in the woods. I only had one option left.

“I’m sorry, Mother…” my voice droned on in monotone as I carefully explained why I felt that I had made the wisest decision possible. Mom and Dad were big on being wise. If I could just convince her that this rather important situation, I was careful to apply the principles she had taught me and utilized deep wisdom.

Thankfully, Mom was completely distracted and just said, “Don’t go so far away so close to lunch time. We have people coming.” And then sent me to the bathroom to wash up.

I stared in the mirror at my stringy blond hair that hung in thick clumps around my face. I could almost picture a crown nestled in. Perhaps made out of pine needles and pieces of blue sky.

I knew right then that when I got bigger I was going to write a fairy tale. One about a Princess who was always getting caught in life-threatening situations who had three brothers who took turns rescuing her. Then, eventually, when they were all practiced up on rescuing and being rescued, the boys could go find other princesses to save and a hero could come for her.

Preferably, however, she wouldn’t have to be saved from the spiders in the man-made cave. 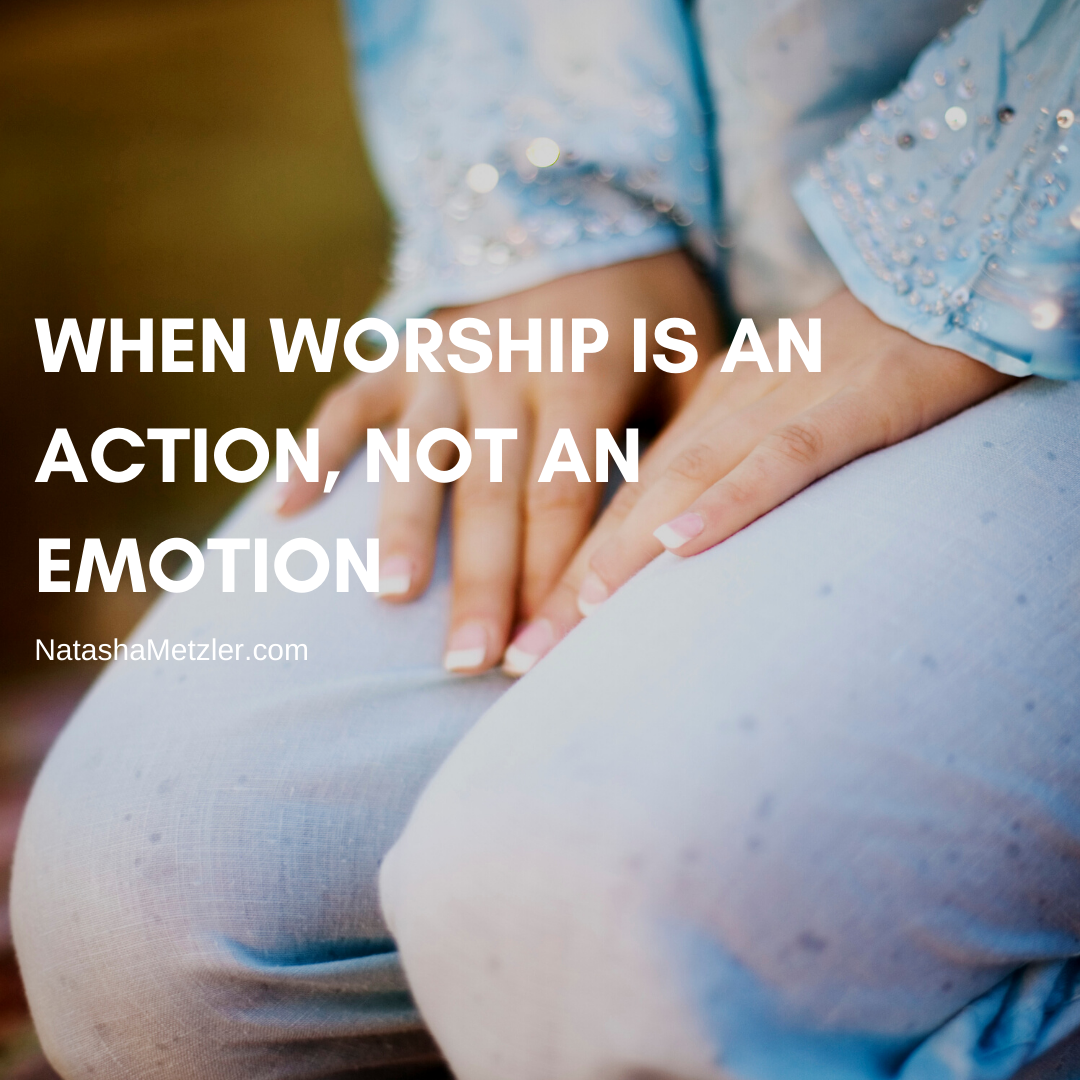 “She’s not coming home,” I whispered to my husband on a quiet August afternoon in 2013. It was our first failed adoption and when we got the email that our placement had fallen through—everything in my body went limp. I thought this child was the one who would usher us into parenthood, but instead, the… 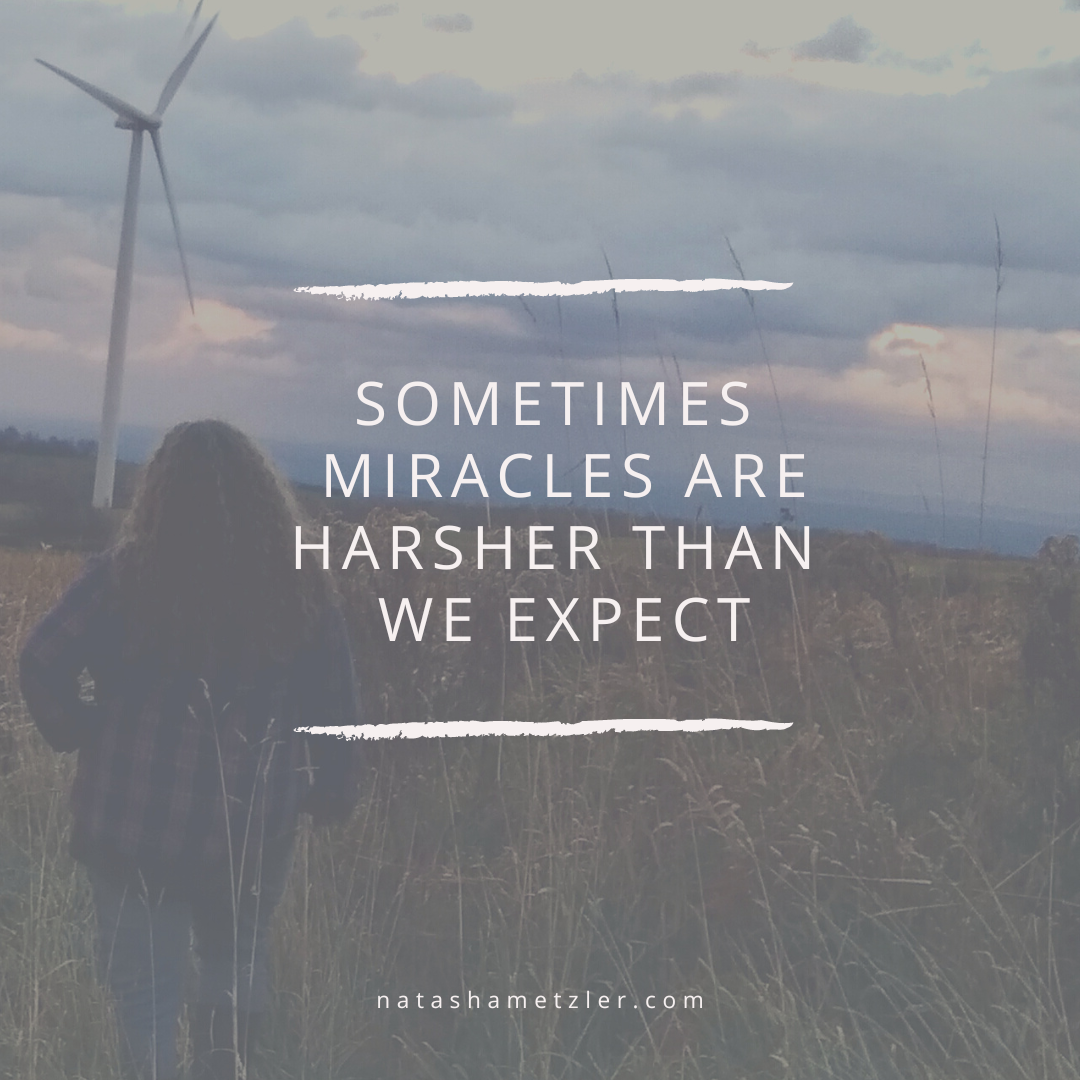 The room was bright and harsh for three in the morning. I was shaking, hard, much as I had been for the past two days, even though the pain had mostly settled out. There was blood smeared across my bare stomach and my hands had speckles of dried blood across them. My doctor was still… 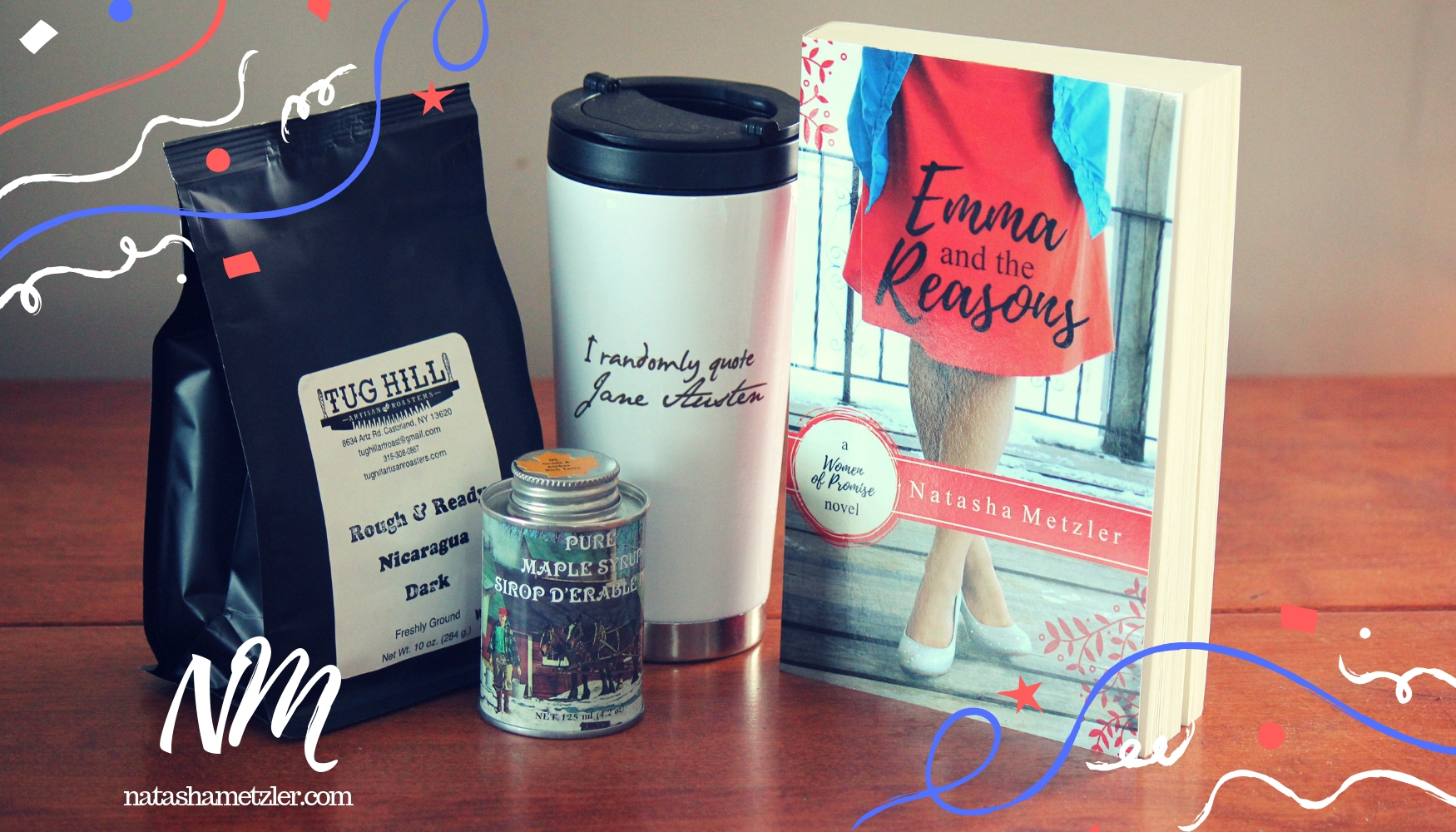 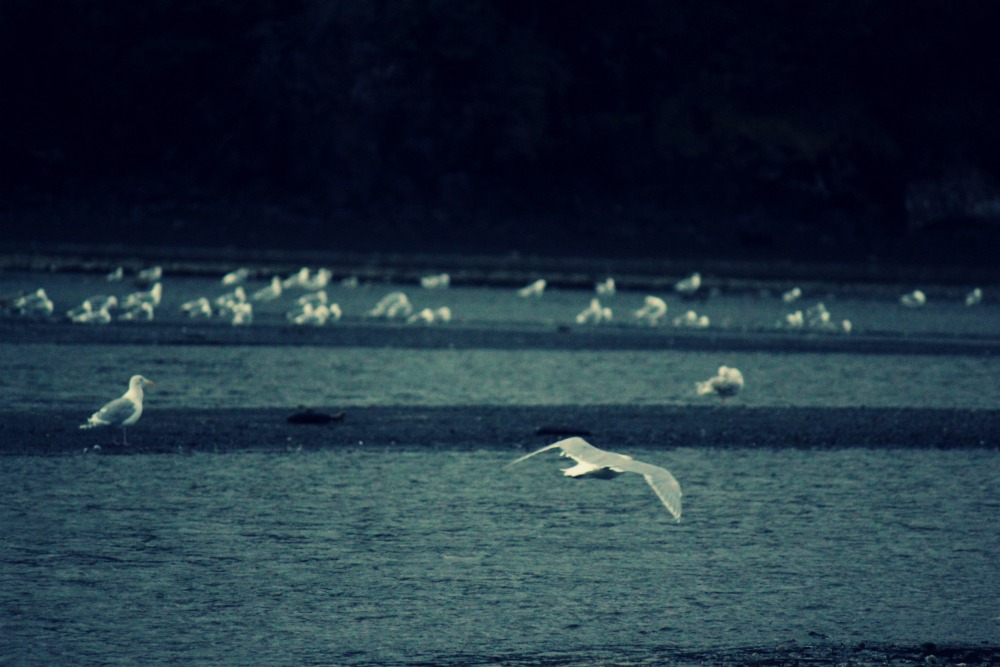 She had been fighting brain cancer for months. She told us what God had been teaching her. How He had told her to serve from weakness. I want to use my cancer to glorify God. Oh, what beautiful words. Not defeat. Not hopelessness. Instead, depth and love and life. Not that there weren’t moments (days, weeks) when the grieving circled, but that… 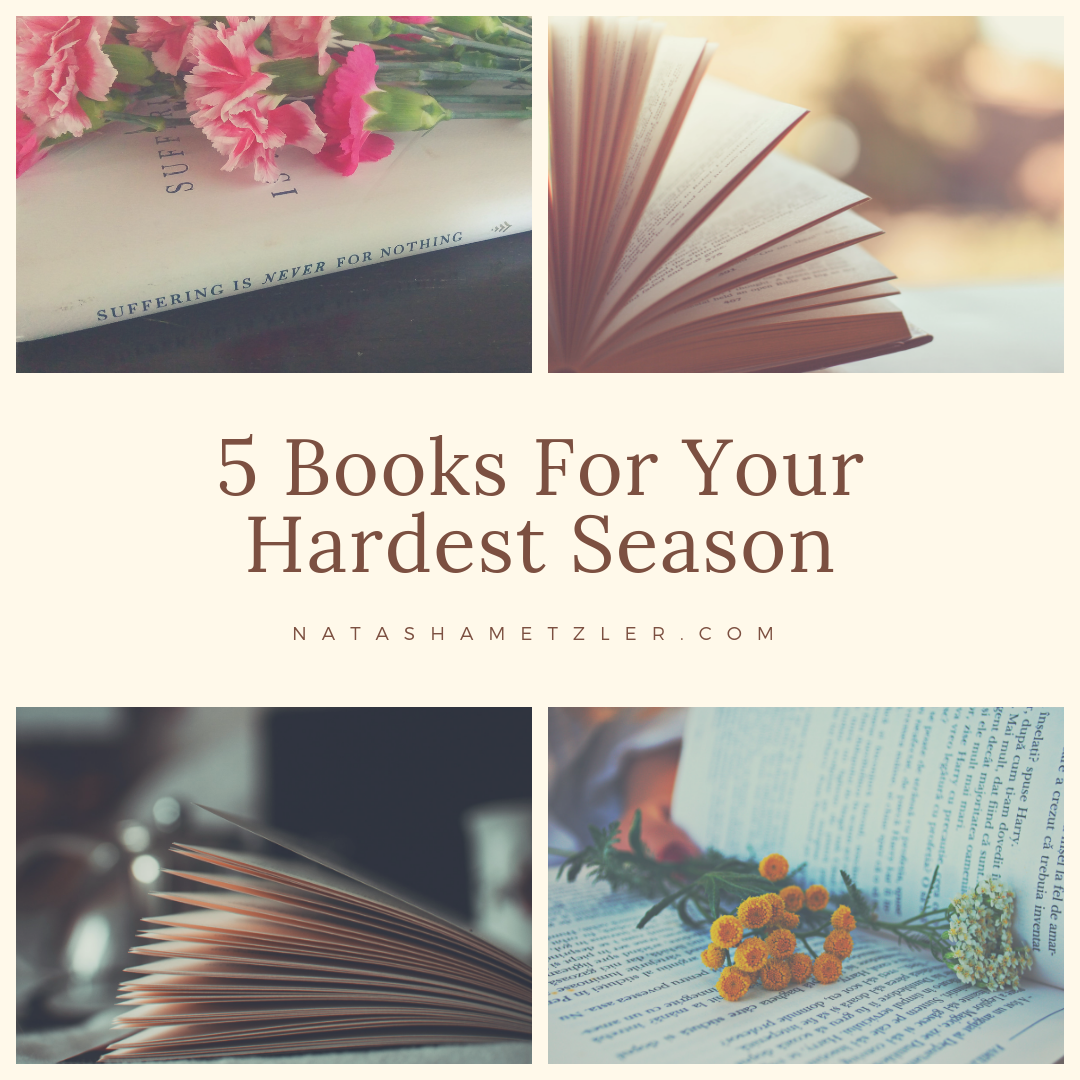 I’m going to be honest with you, when I was walking through the hardest parts of my journey there were very few books that were helpful. It might be partly my personality, but well put together words didn’t mean much to me when nothing in my life was put together at all. I still read… 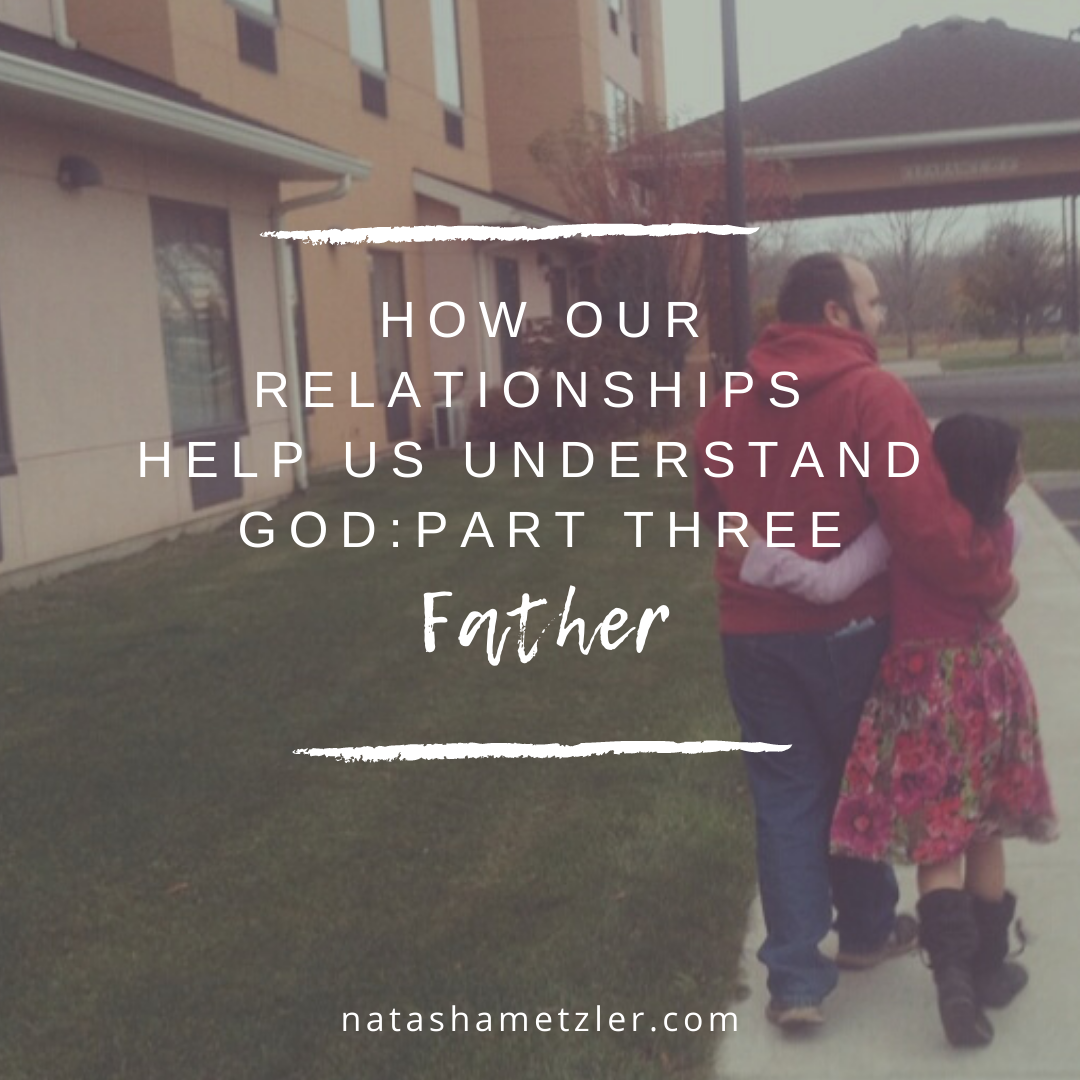 I was ten years old the year I broke my arm. It wasn’t a very exciting accident. I fell about 2 feet and tried to catch myself with my right arm. This proved to be not the best idea. I spent the beginning of summer with my arm in a blue cast. At that point…