Disclaimer: No actual pirates were harmed in the taking of these photographs. 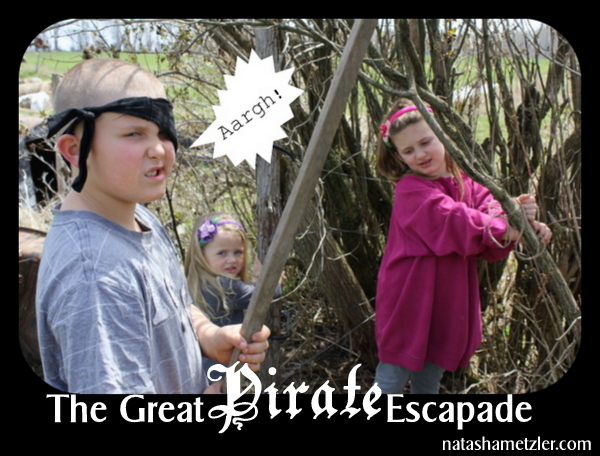 “Mooooom!!” I clumped over toward the house, frustration steaming out of every pour.

“Tasha, stop whining,” Mom said as she turned toward me. It was her standard reply so I didn’t worry too much about it.

I was dragging Lilly with me. My goal in life, at that point, was to drag my best friend everywhere I went. It helped fix the numbers a bit. Three boys and two girls. With the superior talents of women, we were dead even.

She was my best friend ever; even though she was younger (almost a whole year!) and quite a lot shorter. She put up with me rather well. Even my bossiness.

I wanted her to come visit every single Sunday. Even when there wasn’t evening church. And it wasn’t just because her big brother was cute. I mean, I liked him, but really, I had enough boys around.

“Mom,” I said more un-whine like, “The boys won’t play with us. They say we’re just girls.”

I wasn’t always crazy about playing boy games. I really liked my dolls and frilly dresses. But I really disliked being told I wasn’t allowed to play. Especially when it was suggested that I was somehow the scum beneath their feet. It was like declaring war.

Mom got her that ain’t gonna fly look and I knew this was one battle I had won. Hands down. “Boys!” her voice carried and they came slouching around the side of the building casting Lilly and I evil looks. “You can all play together.”

It sounded like a statement but everyone knew it was a command.

“But Moooomm,” they whined, “she thinks she can tell us what to do!”

Which, of course, was completely untrue. I knew I could tell them what to do.  Besides, didn’t they know that Mom hated whining?

With a stern look Mom went back to her work.

The boys formed a huddle and whispered among themselves. After a bit of laughter they turned to us. “Let’s play pirates,” they said, “We’re the pirates and you’re the prisoners.”

They wanted to start right in (boys know nothing about playing make-believe) but I instructed them on the proper art of preparation. Where was the ship? Where were the cannons? Did they have anything to use as an eye-patch? Who was going to have the wooden leg?

They stared at me, dumbfounded at my brilliance, no doubt. Probably shocked to their toes at how much they would have been missing if they had decided to play alone.

The Great Pirate Ship was the side yard with the tree in the middle as the pole for the mast. The big red fuel tank by the house was the ship header and I could almost imagine the miles of white material unfurling and snapping to attention against the sky.

From somewhere one of the boys produced rope. “We should make you walk the plank but instead we’re just going to tie you to the tree.” They laughed and smirked. I sighed. It was a pole. And what Pirate smirks? I thought about giving them a lesson on pirating but they seemed dead set on tying us up right then.

Lilly was looking a bit unsure but I wasn’t frightened, even one tiny bit. Those silly little boys. Didn’t they know that I read Nancy Drew books all the time?!

Getting kidnapped is an art. One that I was pretty sure I could handle. The key to getting kidnapped by Pirates is keeping your cool. I smiled a bit and carefully turned my wrists, holding them slightly apart as they tied us to the tree.

Once they had us secured they all looked at each other and took off.

“Have fun girls!” one of them laughed, “We’re done playing pirates.”

It was a pretty good trick, for amateurs. But truly, if I wasn’t around to help them out, they would fail at almost everything they did. Lilly was casting me wide-eyed looks but I just shrugged my shoulders. “They’ll be back,” I said, eyes rolling, “But when they come there will be a great surprise for them!”

I started to tug at my wrists and the rope tightened. I almost panicked. Almost, because for a moment I forgot that I was a master at solving mysteries and saving myself from near death.

Of course, Nancy Drew never faced abandonment by pirates but I was certain I had learned my lessons well. Besides, the boys were so helpless at pirating; the only things they knew were the things I had told them. It really was a surprise that they had left my presence at all.

Despite my (often) wild daydreams about being rescued by a great Hero, I knew this was time to put my “save-yourself” abilities into action. (Besides, if a Hero did show up he’d probably pick the adorable straight-haired Lilly over the tall, gangly, frizzy-haired me.)

I went to work on my wrists, turning and twisting. To my great surprise, um, relief, um, satisfaction, the rope loosened and slipped off. I quickly freed Lilly. “Let’s hide and scare them when they come back!” I whispered, in case my voice carried the great distance they had put between us. We snuck behind the big fuel tank and waited. When our legs began cramping I said, “I’ve got a better idea. Let’s go spy on them!”

Just like Nancy Drew, we were going to track down the bad guys and gather information to deport them to prison forever. We snuck through underbrush and braved the pushki forests. The dread pirates were on their last war-party.

They weren’t hard to find, at all. I needed to teach them a lesson about sneaking. Obviously, it would have to wait for another day. Maybe when they were on my team instead of the opposing team. We spied on them for hours, or at least ten minutes. They were putting on a great act, pretending to play a different game besides pirates. But spying on pirates pretending not to be pirates is actually quite boring.

We snuck back and disappeared into the bedroom to play with my dolls, Annabelle and Sally. Just before supper Mom stuck her head in. “I thought you were playing with the boys,” she said.

“Shhhh!” I admonished, “we’re playing a trick on them!”

“Yeah,” Lilly offered, “they think we’re still tied to the tree but we escaped.”

Mother’s eyebrows rose, probably in shock that her sons were such terrible pirates.

“Yeah, Mom,” I said, “they really are pretty much the worst pirates ever, even for pretend ones.”

She had a funny look on her face. I’m sure feeling a bit proud that at least her daughter had some common sense.

When the dinner bell rang, Lilly and I were sitting at the table with smirks on our faces. (It’s a well known fact that prisoners who escape are prone to smirk.) It took them awhile to show up so I know they were probably out searching for us.

They were terrible pirates but I have to admit they did quite well at hiding their shock and dismay that we had freed ourselves. “Tricked you, didn’t we?” I couldn’t help but comment when the sat down.

That brother of mine, he’s such a good actor; all he did was roll his eyes and say, “Don’t be dumb, we tricked you.”

But everybody knows that pirates never trick the prisoners. It doesn’t even make good story-book sense. (And I’m positive that Nancy Drew would have escaped too, maybe almost as skillfully as we did, if she had been kidnapped by roaming pirates.) 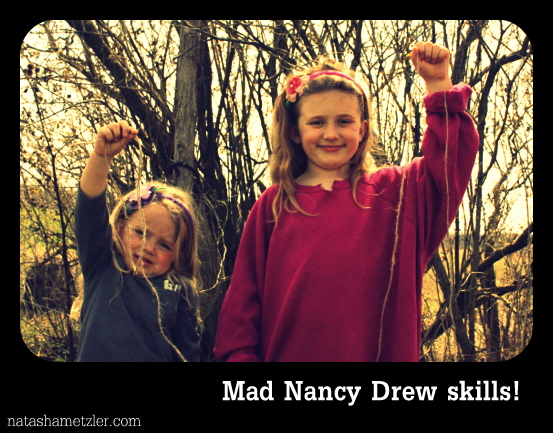 Disclaimer: despite the events of this story being almost entirely true, my oldest brother claims he has “no memory” of such an incident. This is understandable as it is a well-known fact that childhood trauma can cause memory loss. I can’t imagine the state of his poor mind when he came back for us and found all traces gone. We’ll try to get therapy for him at some point. 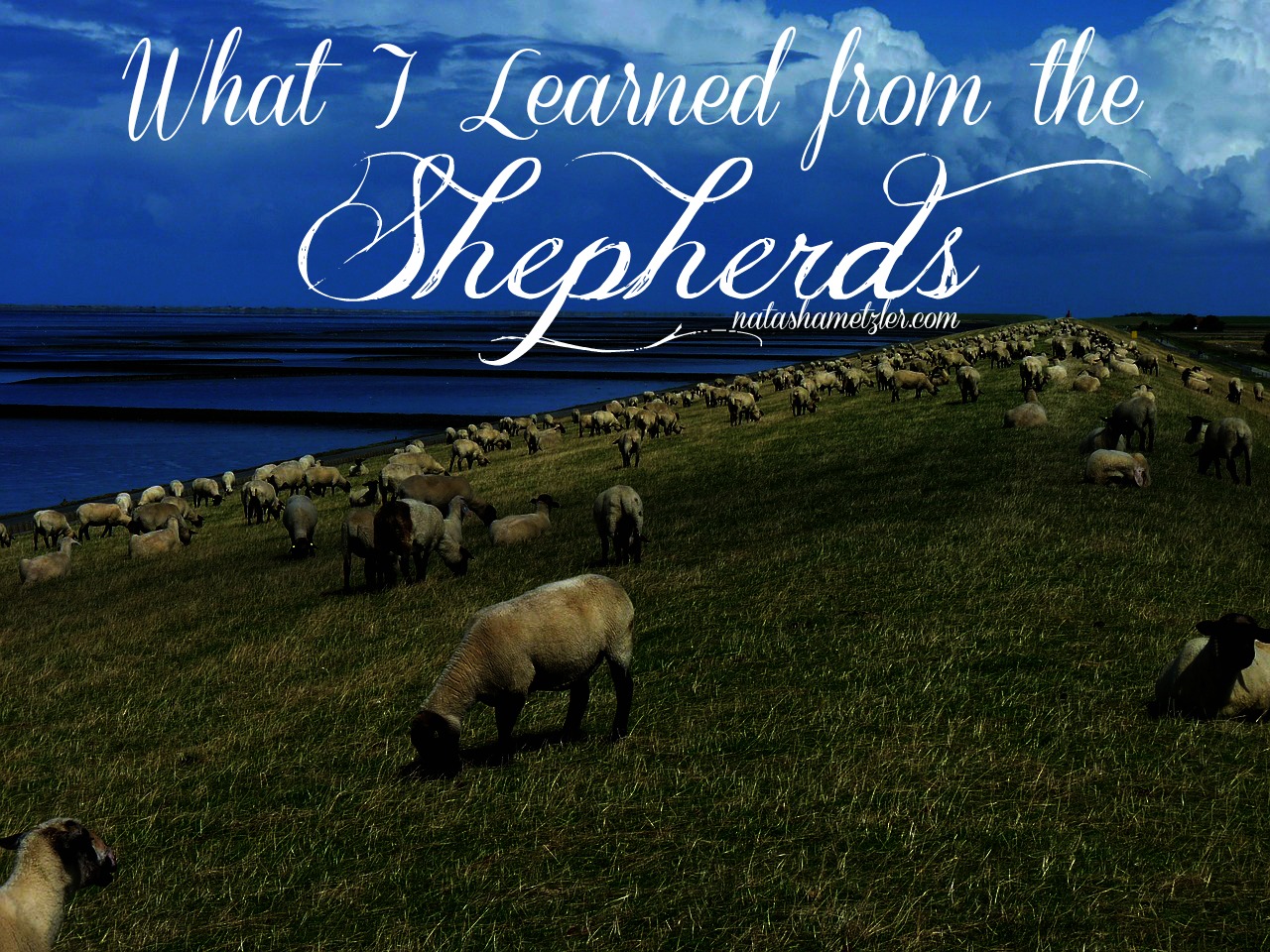 I’ve never seen an angel (that I’m aware of, though I’ve often wondered about a few people who moved in and out of my life very swiftly—and left huge blessings in their wake). To be honest, I’m not sure what I would do if I saw one. From Scripture it seems that perhaps they are… 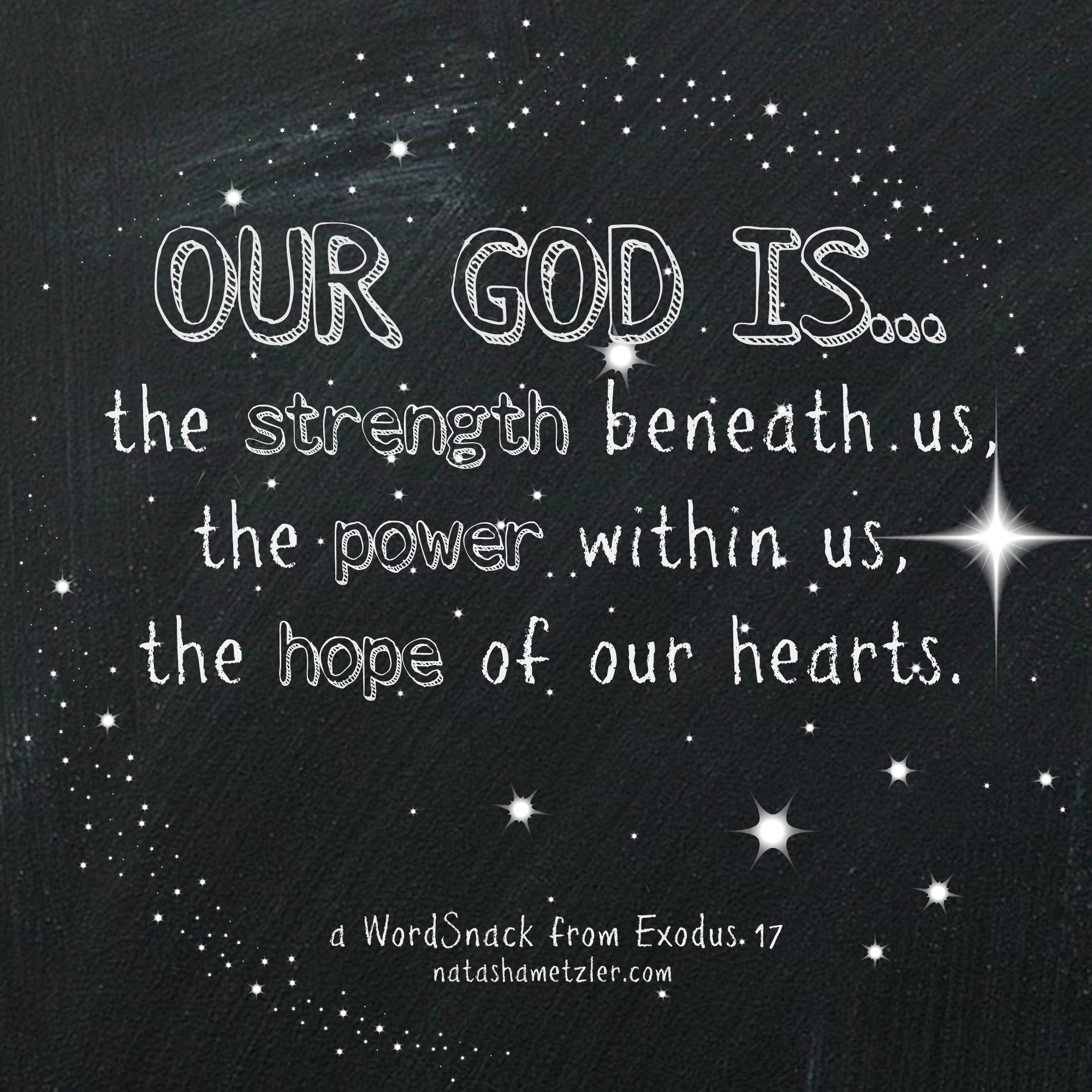 This morning I slept in past my usual Bible Study time. But thankfully, I didn’t miss breakfast and during breakfast we always read Scripture together as a family. We’re in Exodus right now, working our way slowly through the story of Moses and the Israelites being miraculously delivered from Egypt. And today? We read about… 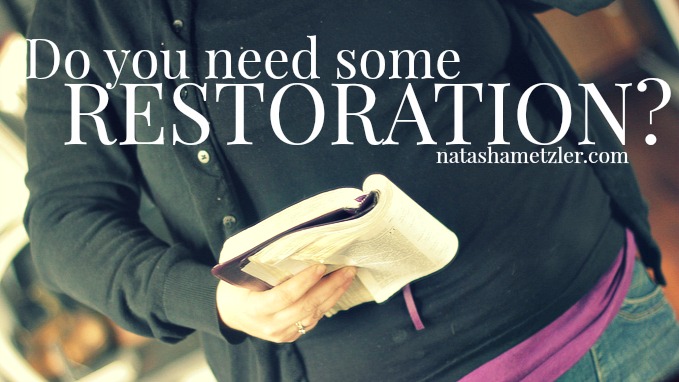 It’s rainy today. The droplets splatter on the car, on my face, on the windows. I’ve been stressed, nerves stretched taunt and thin. I worried last night, as I lay in bed, that I just don’t have it in me to do the things God has called me to. I want to walk in… 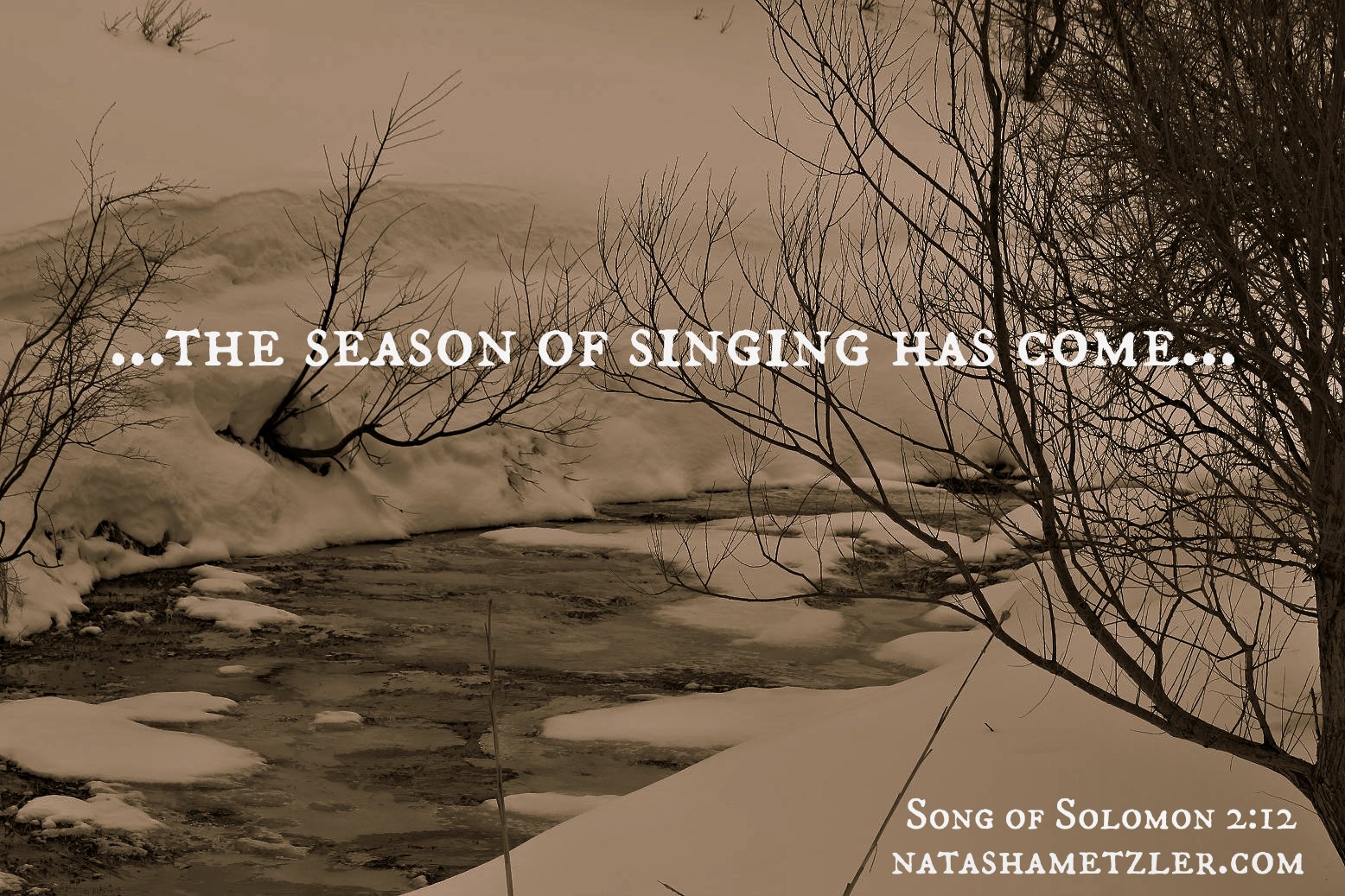 A few weeks ago the sun was shining bright. Green grass peeked out from a midst the leftover chucks of icy snow. Mud puddles littered the driveway and the wood stove sat cold and unneeded. Then in one blustery stormy night spring was wiped out. Snow piled high, high. Puddles hardened into ice that crunched under… 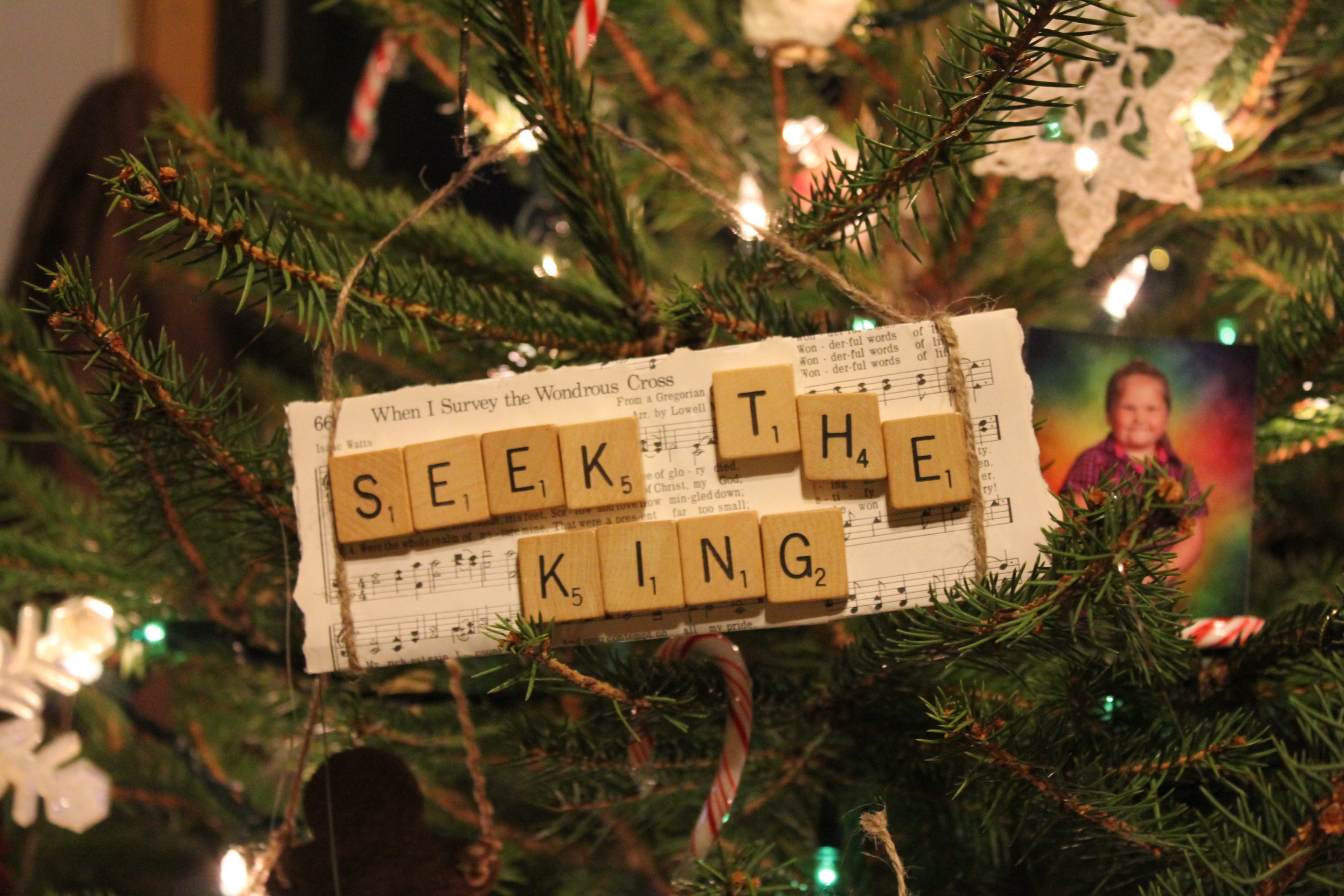